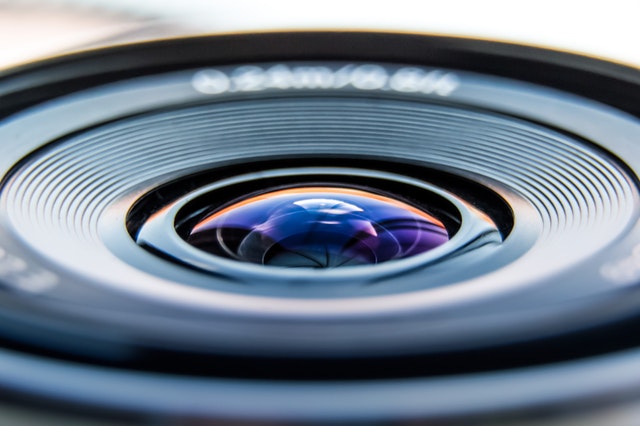 The first reading I ever had was at the Mind Body Spirit (MBS) Festival in Sydney, 2004. Someone suggested that I might like to go, and once I got there I noticed a big area of the exhibition centre that I thought was a cafe at first. People were sitting at tables and chatting away. It was actually the 'Psychic Reading Room' where customers walked in and out to have readings. Sounded like fun – just another way to stay entertained during the festival.

I wanted to test what would happen if I booked a reading and then gave nothing away about myself. I sat down in front of the woman I had been allocated to, and resolved to only respond to her with words like “maybe”, “no”, or “can't you guess?”

I was surprised by the accurate information that came up, despite my efforts to hide it. I walked away with more clarity about certain issues that had confused me for months, while also feeling a little sorry for the reader who had to deal with my refusal to have a proper conversation.

This month I was invited to go to the MBS Festival again, except this time as a reader rather than a customer. After agreeing to go, my mind flashed back to that first reading I had at the festival, and I hoped I wouldn't have to deal with some sort of karmic payback and face lots of tight-lipped clients like I had been! As it turned out, everyone who I ended up reading for was lovely :)

On the 25th to 26th of October, I was at the 'Whole Body Aura' stall offering aura photo readings. Although I've offered energy/chakra readings for quite a while, I wasn't sure how different it would be to work with aura photos.

How is an aura photo taken? I can't claim to fully understand the technology behind it. I watched as people sat down in front of a camera which was hooked up to a computer. There was a little gadget with metallic circles on it in the shape of a palm. People were asked to place their hand down so that their fingers were touching the metal parts, and I was told that some biofeedback system was involved to create an aura image that appeared on the computer screen. The image would then be printed out as a photo.

I admit that I was sceptical at first when I saw this machine years ago. But the accuracy of it, based on validation from clients who had their photos read, was quite uncanny.

As a personal example, I ran through a written summary of the main primary colours that might appear in a photo (primary colour meaning the one that covers most of the aura image, or the one that lies closest to a person's body). It was similar to going through a list of horoscopes and the personality traits associated with each one. I noticed that the 'yellow personality' resonated with me a lot in terms of how I was feeling at the time.

During a quiet phase when not many people were around, one of the other readers asked to have an aura photo taken. This lady has been a full-time psychic medium for over 12 years. Her aura appeared bright white (associated with spiritual connection) and purple (linked to intuition and vision), with no other colours showing up. The woman in charge of the equipment and camera said she had never seen anyone else with an aura like that.

I asked if I could have a turn (secretly hoping that maybe I could be the second person to ever have such a shiny white aura appear!). Interestingly, my aura came up as primarily yellow, which was consistent with what I felt in terms of personal qualities associated with yellow (playful, lots of thoughts, eager to learn, etc). I decided to test it again the next day and sure enough, yellow was the colour that kept popping up.

I'm still amused that auras and chakras can be captured by technology. It was enjoyable to see how certain colours really did seem to match particular personalities. I came across 2 extremely colourful aura photos – for both of these people they were very creative, artistic, and vibrant.

People with a lot of green agreed that they were compassionate, and were often caring or healing others as part of their work (or they spent a lot of time caring for others in their personal life, e.g. looking after a relative).

People with blue as their main colour had a tendency to be great communicators – often writing, speaking, or teaching professionally.

When blurry, cloudy, or dark spots appeared in the photo, it often correlated with physical problems in that area (injuries, recent surgery, etc).

The size of chakras was also interesting. When chakras appeared small or off-colour/dark in a photo, it usually showed that there was some issue in a corresponding area of life that needed to be worked on. For example, a small chakra in the throat area almost always indicates a tendency to hold back from speaking one's mind – often to avoid hurting someone's feelings, or to prevent an argument.

Despite these generalisations, there was no fixed way of interpreting an aura photo and it was different for everybody. For instance, one woman had blue as her primary colour, and I got a strong sense that this was related to singing rather than professional writing or teaching. She agreed that she loves to sing and chant daily, as well as to hum to herself whenever she's cleaning or busy doing other things.

As reinforced by the other readers at the stall, the best interpretations of an aura photo occur when combined with intuition. “If in doubt”, I was told by one experienced aura-photo reader, “ignore the photo and go by your gut”.

I ended up not only looking at the photo and getting a feel for what was going on there, but also doing a quick chakra reading on each person after they sat down - sort of like intuitive multi-tasking :)

One thing I really loved about using an aura photo was having something tangible to work with, which could be seen and taken home by a client. I don't have an aura-photo machine at my disposal now that the festival is over. However, I've been asked to read aura photos next year in May. It was a lot of fun giving aura readings to people over the weekend and I look forward to doing it a second time. So for anyone who's interested, I might see you in May 2015 when I'm at the Mind Body Spirit Festival again!