Can Auras Change?
My Thoughts After 4 Days of Aura-Exploring 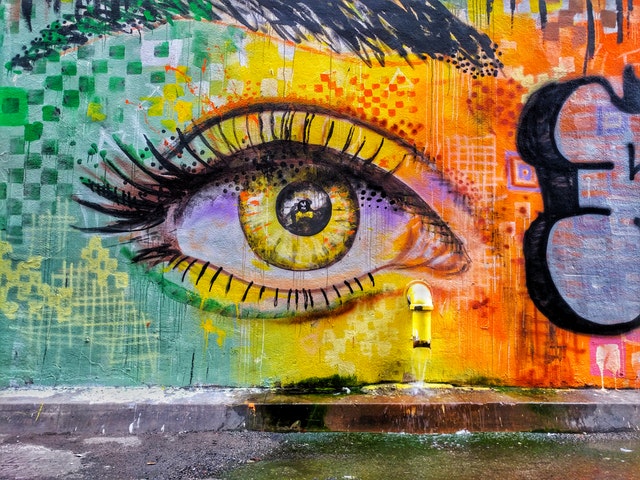 A few weeks ago, while at the Whole Body Aura stall during Sydney’s Mind Body Spirit (MBS) Festival, two of the most common questions that people asked me were, ‘Can auras change?’ and ‘Does my aura change every day?’

Based on what I’ve seen from using the aura imaging machine at numerous festivals in the past (the latest festival was my seventh time working with this particular machine), I can say that my own aura doesn’t seem to change too much from one day to the next. However, even though the main aura colours remain quite consistent over the short-term, they have certainly changed a lot from year to year.

The first time I tried out the machine, I saw that the predominant colour in my aura appeared to be yellow. Every time I checked out my aura image, it came out with lots of yellow and green. A year or two later, it seemed to shift to include more blue. At the most recent festival, it looked mostly lavender and white. (The exception to this was when we decided to test the theory that our aura can change through visualisation. Someone asked if it’s possible to choose our aura colour through intention-setting, which seemed like an idea worth exploring! I imagined my energy was a vibrant red while my hand was on the machine. Although no red colours appeared, it was interesting to see that my aura image started to shift to include other colours as I concentrated on trying to change it).

The chakras, on the other hand, seem to change in appearance more quickly compared to the main colour that’s shown in each aura photo. While the background colour of the aura might look the same from one day to the next, the size and/or colour of the chakras are less likely to stay constant.

Last year, one of the readers at the festival sat down to have her aura image taken while she was on a break. The image kept shifting on the screen in front of us, and she expressed concern that something was wrong with the machine. She wondered if the machine was sensitive to movement, and as she wriggled her fingers the aura image continued to change rapidly from one moment to the next.

I started to worry that the aura imaging system was broken or playing up. I turned around to see another reader at the stall who was on a break – a lady who, unlike me, has generated the same aura colour from year to year. Her aura is always white, occasionally with shades of purple. Her chakras sometimes change, but I’ve only ever seen her background aura colour as white.

I asked her to come over, thinking it would be worth testing the system on another person to check if there was something wrong. She sat down and put her hand on the machine. A steady image of a white aura came up. I asked her to move around a bit as the other reader had. She started to slide her fingers back and forth over the little metallic circles on the hand plate, but the white aura with lavender flecks remained unchanged. The other reader sat down again and the colours began to shift rapidly once more.

At this latest festival, we confirmed that most of the people working at the stall had the same colour/s consistently show up throughout the four-day period we were there. I was also told by several people who visited the stall that their auras appear the same whenever they decide to get an aura photo.

One woman shared that it was her fourth time having her photo taken. She couldn’t see the image on the computer screen, as she was seated behind it, so I asked as I was printing out her aura photo, ‘Can you guess what colour it is?’ She replied, ‘It’s always orange’ – which it was.

These experiences suggest that some machines really can capture something that resembles what’s going on with our auras. I still don’t quite understand how putting our hand on a machine can do this - even if it’s true our aura is made up of electromagnetic energy, which can supposedly be measured by a machine using a biofeedback system, how does this system create an aura image showing not just the colours but also the size, shape, and colour of our chakras? Sometimes the sceptical part of me wonders how this can possibly happen, but then I see and hear all these accounts of consistent aura images showing up for various people, which helps me to continue having an open mind about it.

I’ve also been told stories from people who have consciously worked on improving their energy and creating changes around certain chakras, changes which are often reflected in the aura photos. For example, I was shown someone’s previous photo in which the throat chakra appeared to be smaller than her most recent one, and found out that this person had been working on expressing herself and communicating more clearly. Another person, whose solar plexus chakra (associated with confidence and personal power) appeared to have reduced in size, explained that something had happened in her personal life recently which ‘really shook my confidence.’

To sum all this up, if you’ve ever asked those same questions of ‘Can auras change?’ or ‘Does my aura change every day?’, I believe the answer is yes, auras do change, but the degree and speed at which they change will vary from one person to the next.