How 'The War of Art' Helped Me Create My First Video 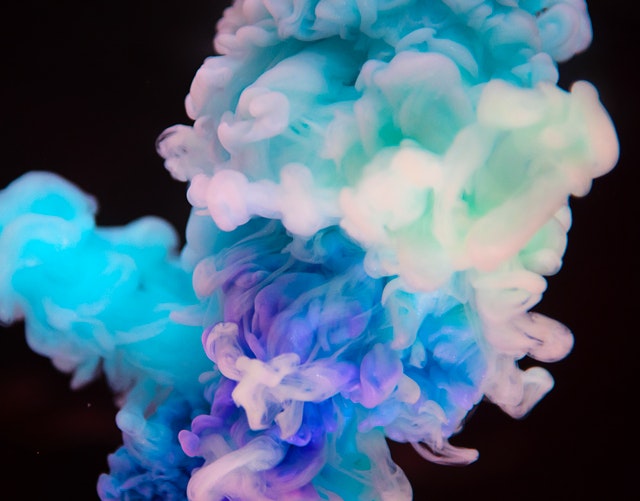 Very early on when I started giving readings professionally, I was encouraged by well-meaning people to shoot a video or two of myself to share what I was doing and to help build trust through letting people see me and hear what I had to say … to which I responded, ‘No way!’

A few days ago, despite a huge part of me still wanting to hide, I uploaded my first video ever. While it’s a fairly common thing to do nowadays, it felt very much outside my comfort zone. And this all came about in quite an unexpected way.

Two weeks ago I spoke to someone who told me the details about a contest from 1st-30th August on Publishizer, a crowd-publishing platform that matches writers with publishers. I had completed the first draft of my book in early March and hadn’t formed a clear plan or timeline for when or how exactly it would become available. It was only after I agreed and committed to enter this contest that I found out I would have to upload a video of myself to be eligible. That was almost a deal-breaker for me.

What helped me to overcome this resistance was remembering a few lessons from recently reading ‘The War of Art’, a book I was given for my birthday.

The War of Art: Resistance as the enemy

In The War of Art, author Steven Pressfield explores the issue of resistance to our own creativity and how this formidable force may be disguised behind what appears to be just a harmless tendency to procrastinate. Rather than harmless, Resistance with a capital R is described as a serious foe we must face in order to complete anything meaningful, or to work on any pursuit or project that’s aligned with our true or higher selves.

On the first few pages, Pressfield shares a routine he goes through before sitting down to write. It involves wearing ‘lucky’ boots and the use of other lucky charms and objects before finally reciting ‘Invocation of the Muse’ from Homer’s Odyssey. If he ends up writing, no matter how bad his work appears to be, he considers it a success because for at least one day, he beat Resistance.

When I got stuck on submitting the written proposal for my book to Publishizer, I realised I may need to treat Resistance more seriously, like a worthy opponent I would soon have to battle and who I’d have to prepare to face. The alternative would be to resign myself to my lack of willpower or perceived laziness (which Pressfield sees as a form of Resistance). I also remembered another part of the book in which the author shares that the hardest thing for a writer to do is not so much to write, but to actually sit down to write. So I forced myself to sit and write, and somehow the proposal got done.

Then there was Resistance to making a video. I looked at a couple of the example videos then freaked out at how professional and snazzy they looked, and stopped myself from watching any more. I decided to create a video in which I didn’t have to speak or show myself, something like a PowerPoint presentation, before it was clarified that I absolutely had to be in the video myself.

I then recalled another message from The War of Art, about the availability of ‘some voice’ or higher forces that can assist and support us in what we do:

‘…without our exerting effort or even thinking about it, some voice in our head pipes up to counsel us (and counsel us wisely) on how to do our work and live our lives …

Is this the Unconscious?

Whatever it is, it’s smarter than we are. A lot smarter. It doesn’t need us to tell it what to do. It goes to work all by itself. It seems to want to work. It seems to enjoy it … The elves behind this are smart. If we forget something, they remind us. If we veer off-course, they trim the tabs and steer us back.’

I decided to let those elves help me. Thankfully, the time limit I was instructed to stick to for the video was short, under 1 minute 30 seconds. I used my phone camera to record the video while I was at home, and spoke about what led to the idea for the book (you can see the video on my book page here). For at least this little battle, I beat Resistance :)

Why not give it back?

So after I’d submitted the proposal and uploaded the video, and after gaining approval to enter the Publishizer contest, I then felt Resistance yet again about letting anyone know about it.

I thought of all the potential criticism that might come from people who don’t like the book.

I wondered, ‘What if no one even buys this book?’

The contestant with the most pre-orders by the end of 30 days will win. I felt overwhelmed looking at the competition. I saw how confident and sophisticated the other contestants appeared, and how many thousands of Facebook and Twitter followers they had.

To enter the contest, I was asked to give numbers and statistics relating to social media and website views, and how I would promote the book. As someone who has never properly checked my website stats, rarely uses social media (and not at all for business at this stage), who normally only uses email to communicate about my intuitive work, and with a list that’s certainly not in the thousands, I was very tempted to give up.

Then another gem of wisdom from The War of Art came to the rescue - that it’s not about the outcome of our work. It doesn’t matter how many people see it, or if nobody likes it. All that matters is that we show up to do what we feel inspired to do, and to please higher, perhaps angelic forces, by bringing something previously abstract into physical form. Pressfield writes, ‘This is why artists are modest. They know they’re not doing the work; they’re just taking dictation … We’re all creative.’

He also explores the idea of doing work as a devotional practice, as an offering to God, rather than for praise or any other fruits of labour: ‘The work comes from heaven anyway. Why not give it back?’

From that perspective, what matters with this book and the pre-order contest is that I showed up and did the work, which means it would actually be ok if the total number of pre-orders stays at zero (though I believe this is unlikely, as my Mum has promised to buy a copy on the first day of the contest!).

Having said that, I do hope you’ll consider pre-ordering a copy of Channel if it appeals to you :)