Would You Do It For Free? 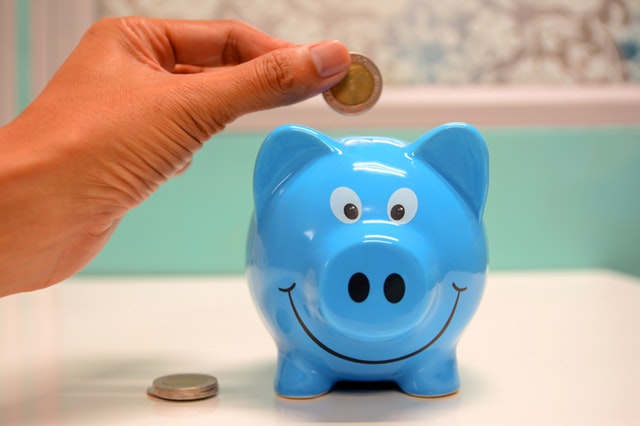 My new book Channel (How to be a Clear Channel for Inspiration by Listening, Enjoying, and Trusting Your Intuition) will be up for pre-order until August 30th. A proportion of all profits from pre-order sales will go to the animal protection organisation, Animals Australia.

Some of the background information about how this book came about, as well as descriptions of each chapter and a couple of sample chapters, can be seen on the Publishizer webpage for Channel, so I won’t repeat too much here. One thing I will share though is that I decided to write the book after dreaming that I was holding a book in my hands that I’d authored, called “Intuition as a spiritual practice”. After waking from that dream, still in the dark and knowing I’d have to work later in the morning, I reluctantly and sleepily got out of bed and wrote some notes about what I’d dreamt. I was then able to get back to sleep sometime after 3am.

A few days later the same thing happened to me. I woke up at a similar time as before and wrote down whatever I felt inspired to. My husband commented the next morning that he’d woken up to find what appeared to be hieroglyphic symbols scribbled all over the paper that I’d left on the dining room table (my writing is messy at the best of times, but the notes I’d created that night must have seemed particularly illegible!)

Luckily, with some effort, I was able to discern what I’d written and saw the outline, chapter headings, and subsections for a whole book. The first letter of each chapter spelt ‘ASK AND OPEN’, which ended up being one of the main messages of the book: that if you ASK to be guided by your intuition AND OPEN up to receive whatever comes through, then you’ll be better able to intuitively receive inspiration and answers when you need them.

Over this past week, I’ve started to look over my new book again for a final proof-read before the Publishizer campaign finishes up on the 30th. As the book not only contains a number of ideas and tools to help strengthen intuition, but also includes personal stories and examples from my own life in it as well, I’ve been thinking a fair bit about my journey from those early days of struggling to follow my intuition to eventually offering intuitive services professionally.

I remember how mind-boggling it was to get my first payment for a chakra/intuitive reading. It felt bizarre to receive money for something that I enjoyed so much. And yet, since my late teens the benchmark question I’ve used when deciding whether or not to do something has always been, “Would I do it for free?” If the answer is yes, then I’ll do it. If not, then I won’t.

I remember starting a job at Toys R Us when I was a teenager and for some reason I was placed in the electronic section of the store, “R” Zone, even though I knew very little about electronics. The first day was quite challenging and I wasn’t yet comfortable in a retail environment (I even blushed as I asked my first customer, “Can I help you?”). I had ever only used VHS tapes at that point so I had no idea what a DVD was. I asked other staff embarrassing questions that revealed my lack of knowledge about video game consoles, such as “How much is a Playboy 2?” (in my defence, I had just been bombarded with questions about Game Boys and Playstations 1 and 2),

Despite all of this, during that first week I recall standing there thinking, “I can’t believe I’m being paid for this.” That may have been how the would-I-do-it-for-free yardstick developed in my mind. I was having such a lot of fun. I enjoyed chatting with customers, watching kids enjoy the demo games, and joking around with a playful team of workmates. I spent quiet periods of time choosing what movies to play in the store, browsing all the music CDs and DVDs available, and listening to upbeat pop songs and Christmas carols (which I know might sound like someone else’s nightmare!)

At some point though, it got to the stage where I’d outgrown the Toys R Us gig. I wasn’t excited about it anymore. This was highlighted for me shortly before I left that job, after I’d received a parking fine three times in one week. The first time I’d put money in the wrong parking meter (apparently the parking bays were coded by colour as well as by number!), the second time I parked for too long near a hospital after I had to rush a family member to the emergency department, the third time was the result of parking overnight in an area of my street where new 2-hour parking signs had been put up. I burst into tears as I reached for that third fine, and realised that my reaction was out of proportion to the situation. I felt as though I’d worked long, hard, and boring hours to earn that money that would soon be spent on a bunch of parking fines. It became obvious that I no longer wanted to work in the same job anymore, and that I’d recently only been working for the money.

The next time I walked into Toys R Us, I took my resignation letter with me. I remember feeling scared and part of me wanted to turn back, as I had no other job lined up. But I went in there anyway, handed in my letter and told the store director I was leaving. He shook my hand and thanked me for the work I’d done, and I walked away feeling as though a huge weight had lifted off my shoulders. A week or two later I was offered what turned out to be a perfect job for me within walking distance of my home, at a book company surrounded by thousands of books (browsing bookstores used to be one of my favourite pastimes) and no more retail demands to deal with.

I don’t always find it easy to decline an opportunity, or to leave something if it means making a big financial sacrifice. But if something doesn’t pass the would-I-do-it-for-free test, for any reason, then I do try to walk away as soon as I can. Sometimes it’s not always a black-and-white situation. For instance, there have been places where I’ve thought, “Yes, I’d still work here for free, but not for 5 days a week anymore” and then cut down to part-time. Other times, I’ve wanted to work more hours so that I could really dive in and do more of what I love.

It might sound naïve to make decisions about work based on whether or not we’d do it for free. But the reality is that we have to do something with our days anyway, and it may as well be something we like. A lot of people argue that if all our financial needs were taken care of, then no one would want to work at all. However, I don’t believe that the majority of people would choose to do nothing productive even if they had the luxury to make that choice. I’ve heard interviews about lotto winners who continue to work at the same jobs they had before winning enough money to quit, simply because they found work meaningful or didn’t want to get bored with too much leisure time. I’ve also noticed that partying and holidaying seem to be a lot more fun when I feel I’ve earnt it!

If I won lotto, I would still choose to continue this intuitive work. I’m aware that this could change in future, but for now I’m quite happy about the fact that this is something I’d do for free – and that I do still do for free each month! I offered many free readings in late 2013 and early 2014; then what started as a one-off free-reading competition to promote a facebook page in May 2014 ended up continuing as a monthly competition until the end of the year (even though I decided to take down the facebook page by that point), which then extended to the following year, and now more than four years on, I’m still offering free intuitive consultations on a monthly basis :)

If you won lotto today, would you stay in your current line of work? What would you do for free?