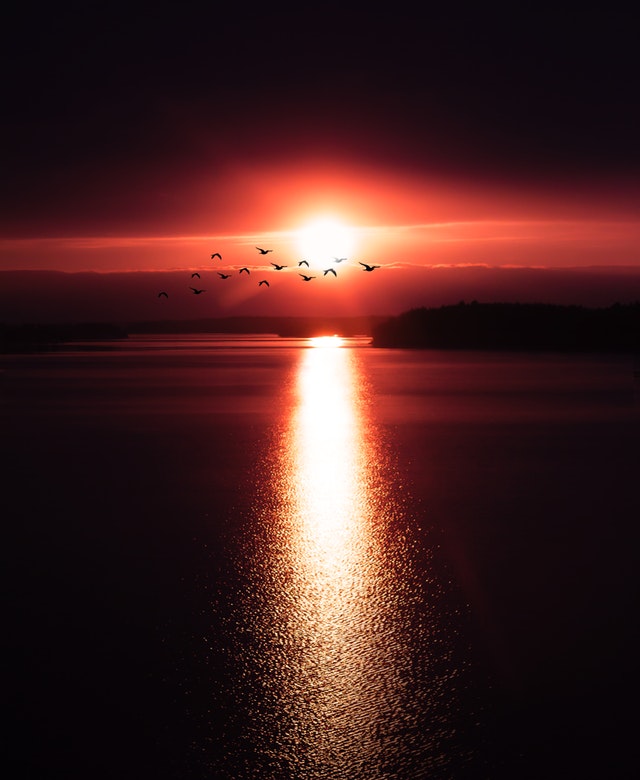 Last week while at a meditation class, I commented that when doing spiritual practices – whether meditating solo or meeting in a group – the magic seems to happen towards the end. For example, I’ll often daydream on my meditation cushion until just before I have to get up and do something else. At that point, my mind tends to become more still and calm regardless of the length of time I’ve spent meditating. It happens whether I’ve sat down for ten minutes, half an hour, or a full hour. When practicing with a group, the sense of openness and spiritual connection often becomes most pronounced a couple of minutes before the end. The teacher agreed and joked, “So at the beginning of class maybe we should say, ‘Two minutes left!’”

There were a few explanations given for this, such as that by the end of any practice, the hard work has been done and all that’s left to do is to become as receptive as possible and enjoy the fruits of our labour, so to speak. I guess it could be compared to how relaxed we may feel after exercising – having exerted effort and tensed our muscles for long enough, the release we feel afterwards is greater than if we hadn’t worked those muscles at all.

I suspect the last-two-minutes effect may also be due to the fact that when we’re aware that a practice is coming to an end, we allow ourselves to really appreciate what we’re doing because we know it’s about to finish, and so it seems especially important to be present and engaged around that time.

I’ve noticed this can happen during intuitive readings and consultations as well. Whether the session has been scheduled for 30 minutes, 45 minutes, 60 minutes, or longer, some of the most important questions and insights tend to pop up during the last couple of minutes before the session is supposed to end.

Imagine how we would be with people if we were told that we only had two minutes left together. I think most of us wouldn’t waste those minutes on small talk, fighting, criticising, or gossiping about other people. We’d more likely try to resolve any issues or disagreements we have and to express our appreciation for each other. Or maybe if it’s someone very close, we would just stay silent and hug.

I’ve often heard the recommendation to treat each day as if it were the first day of our lives. I can see the value in that. It’s fair to say that we’d feel more enthusiastic and motivated if, every time we woke up, we treated the morning as the start of a brand new day and the opportunity to make a fresh start, no matter what we’d done or what mistakes we’d made before.

On the other hand, what if we treated each day like it was our last day?

I know that if today were the first day of my life, I’d probably have a sense of optimism and hopefulness about my life ahead, but I might also postpone a lot of things because I’d assume I’d have plenty of time to do them. If it were my last day, however, I think I would squeeze in a lot more.

Although I believe our consciousness continues on after our bodies die, I don’t really know what will happen. What I do know is that I’ll never get to be in my body again. So on the last day of my life I believe I’d want to spend it on things that feel good in my body, such as lying on the grass in the sunshine, or walking in the rain if it happens to be a wet sort of day. I’d probably get a massage, eat a lot of coconut yoghurt and chocolate, go to a new vegan restaurant or two that I haven’t yet tried. Most of all I would want to spend it with people I love and to enjoy lots of cuddles.

Then again, it’s also quite likely that I would freak out and become quite anxious if I really knew that it my last day. So if we take a less extreme approach, what if we thought about the week ahead as our last week? What if this were your last month? Or the last year of your life?

Earlier this week I was reading a book called ‘Real Men’ by Helen Townsend, published in the early 90s. One of the men who had been interviewed by the author commented on the AIDS epidemic and the loss of loved ones who had died of AIDS: “I’ve had to reassess my whole life. I’m not thinking I’m going to die or anything, but I am thinking that what I want to do, I’ll do right now.”

In high school I remember our class was visited by a man who was HIV positive. He had acquired HIV following a blood transfusion for the treatment of haemophilia, and he spoke to us about the challenges and experiences he’d had while living with the disease. When asked how he felt about having to face his own mortality, he was quite serene and philosophical about it. He said that he wasn’t particularly religious but he resonated with the spirituality of Native Americans, and that he was okay with the idea of his own death.

I’ve heard of many cancer patients who said that they began to live more fully after they were diagnosed with the illness and had got to the point where they no longer feared dying. They changed careers or moved location or made other big changes that they’d always wanted to do, but never acted on until they were told their days were numbered. For those whose cancer went into remission, there was often a feeling of gratitude that such a serious event had led them to rethink their whole lives and transform them in a positive way.

The lesson that seems to be consistently shared amongst terminally ill patients, or those who thought they were going to die soon, is: “Don’t put your life on hold”. None of us knows how long we have to live, so even if we are in perfect health it may be worthwhile to write down some items on a ‘bucket list’ – those things that we would regret not doing before the end of life. It’s one thing to have a vague sense of what we want to do before we die, and quite another to actually write those things down and start taking steps to tick them off.

Away Until Late October

Speaking of bucket list items, I actually have one that I’m about to knock off and I will soon be flying to a country that I’ve wanted to visit since 2001. If you would like to book an appointment with me in the near future, please note that the next available slots will be in late October.

In the meantime, I hope you start ticking off your own bucket list or creating that list if you don’t have one already!