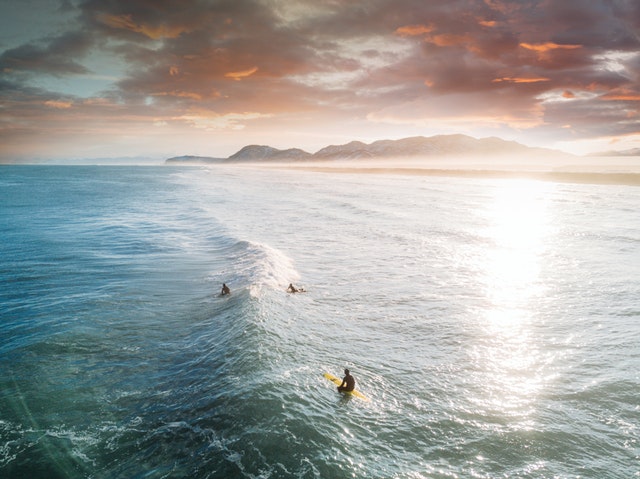 If you’ve been reading my monthly updates for a while then you’ll know that I’ve been exploring the idea of surrender over the past couple of years, and trying my best to practice letting go of my own personal agenda and surrendering to my intuition as much as I can.

Lately I’ve heard several people talk about their doubts or even negative views about surrender. One lady with whom I attended a workshop emphasised that she hates the word “surrender” and the fact that people seem to “go on about it” too much, and the workshop facilitator herself expressed the view that through surrendering we can “wither into passivity” if we do so without leading our lives with deliberate intention. Someone else more recently spoke of his belief that the universe “tends to punish us” when we completely surrender and fail to take enough initiative or to consciously envision and create what we desire in life.

This got me thinking about the pros and cons of surrender again. I thought, maybe I’ve been taking this approach of surrender too far? Perhaps it’s been a mistake not to have been setting clearly defined goals this year in order to simply go with the flow? And what if, by going with the flow, I end up becoming aimless and getting swept out metaphorically to sea?

Then again, I wondered if there’s a way to surrender in a manner that’s not passive, and that still requires ongoing, deliberate intention. What if we choose to envision and create a life that involves countless surprises and enjoyment as we follow our own spiritual and intuitive guidance? What if surrendering does not mean getting swept out to sea, but instead involves actively ‘surfing’ our waves of inspiration and intuition with focus and a sense of wonder?

My Little Boogie Board

I think surfing is a good example of how we can surrender and be active at the same time. To surf, we need to let go and move in sync with the flow of the ocean. It won’t work if we fight against the waves. Nor can we surf without first taking action by entering the water and walking or swimming out far enough where the waves are. We then need to prepare ourselves mentally and focus on the water so we’ll know when it’s time to act in order to catch a wave.

As a kid, my family spent a lot of time at the beach during school holidays and I learnt to love being in the water. One Christmas I received a “Boogie Board” (a relatively short rectangular piece of foam for riding waves). My Boogie boarding may have looked clumsy and inelegant compared to the grace and skill demonstrated by those experienced surfers out there on the beach, balancing upright with only their feet in contact with their long surfboards. Yet every time I caught a good wave I shrieked with delight and got hooked on the feeling of riding all the way into shore with my belly on the board, so much so that I’d walk back out to catch more waves again and again until sunset.

Sometime during my teens, a friend helped me to graduate from Boogie boarding and to start practicing what seemed to be the more ‘mature’ art of bodysurfing. At the time, I wasn’t that keen on bodysurfing because I couldn’t see any benefits it had over the fun of Boogie boarding. I noticed that a lot of bodysurfers swam and kicked madly in order to catch a wave, only to keep their head down as they were carried in towards the shore. This seemed much less preferable to the joy of watching everything around me with my head above the water as I rode on my Boogie board.

However, my friend showed me how to bodysurf in a relatively effortless way that allowed him to continue looking ahead with his head up out of the water. Having learnt to bodysurf as a child, he demonstrated no unnecessary effort, no splashing or kicking frantically to catch a wave. He just leapt into each wave at the exact point he needed to in order to be lifted up and carried by it.

It took a few attempts but I learnt to do the same. It felt kind of liberating to be able to surf with nothing but my own body. I would watch as the crest of a wave formed, then I’d turn around with my back to it and jump ahead with my arms stretched out in front of me, like I was diving into air while trusting that I’d be caught by the wave in time. And I think that’s how it can be with surrendering to our inspiration while going about our lives. We notice when we start to feel a minor hunch, we watch as our little gut feeling turns into a stronger sense of knowing, then we take a leap of faith and ride that wave of inspiration.

If you’ve ever watched a surfer or caught waves yourself, you’ll know that sometimes you have to watch the ocean for what seems like a long time in order to catch a great wave. Often you’ll let the little waves or even medium-sized waves pass you by because waiting for the big one that eventually turns up is worth the wait.

On other days you might be content catching the smaller waves that arise more frequently, but even then you have to focus and pick the exact right time to turn around and catch the wave. If you turn around too quickly you’ll miss the wave altogether. If you turn around too late then you’ll probably get dumped by the wave and end up coughing and spluttering with salt water stuck up your nose. If you just float there, passively on your back, then you might get bored after a while, and you’re likely to sink or get hit by a wave anyway if you stay still for too long.

Surrender is often associated with giving up or handing over control, something passive that is best avoided. We don’t have to surrender, and we can battle those waves if we want to. But again, surrender at its best can be considered active rather than passive, without any unnecessary battling.

Surfing a wave of inspiration, just like surfing a wave at the beach, requires moment-to-moment attention. When it’s time to be active, you act. And when it’s not time to act, you remain in an alert state preparing yourself for the next wave – a kind of ‘active’ waiting.

We can go against our waves of inspiration, we can get ‘dumped’ if we refuse to go with the flow, or we can let those waves carry us to where we need to be. After thinking this through, I’ve decided that I’m ok with continuing on this path of surrender for now :)