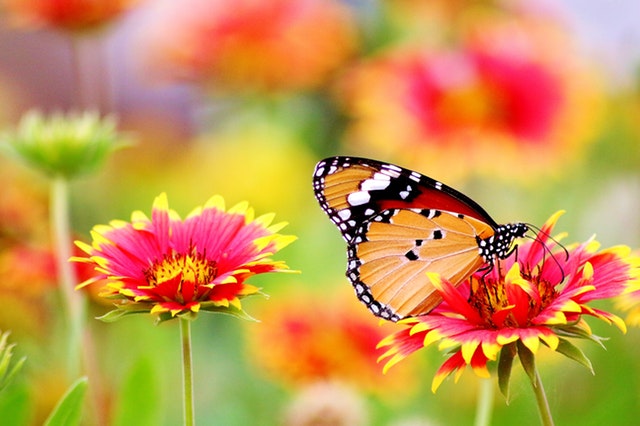 I'm happy to announce that from April 2016 there will be a free email reading offered every month for the rest of the year. Anyone who signs up for email updates has a chance to win.

All you have to do is email me your name and finish off the sentence: “I would love to win an email reading (one question only) because...”

If you signed up for the Aura Seeing Fest last month, you would know that the daily audio recordings and exercises actually required a fair chunk of time each day – typically about one and a half hours daily. There were quite a few activities involved, including guided meditations but also gazing at candles, flowers, mirrors and our own hands, and noting down experiences.

What I liked about this course was that aura seeing was introduced as a natural, inherent human ability that we are all born with, not limited to just a few people or meditation masters and energy healers. It encouraged direct experience, acknowledging that certain intangible phenomena can be experienced as real even if they are typically dismissed by many scientists due to the inability to measure such phenomena.

It was also nice that topics were presented in a way that sounded relatively practical and easy enough to understand. Opening the third eye - which is said to be located around the pineal gland in the centre of the brain – was described as important, and certain actions such as exercising our physical eyes and scheduling more time for relaxation can apparently stimulate the third eye. It wasn't the first time I'd heard that relaxation can open perception, while stress tends to narrow it.

Even diet was discussed, along with the benefits and impact of eating green leafy vegetables on our ability to see energy – all the more reason to continue drinking yummy green smoothies!

So if seeing energy is an ability we all have, why don't we all do it? In the introductory recording for the Aura Seeing Fest, two issues were raised:

1)     Many of us are trained from a young age to believe that what we see physically is all that there is, and if we did detect anything non-physical then we may have been told “Don't be silly, that's just your imagination”.

2)     As we grow up we tend to label everything and see the world as a collection of separate objects rather than as energy. Even though scientists are aware that there's more empty space than solid parts in each object and that nothing is really stable or fixed, we still see objects as solid, fixed and stable rather than being made up of a whole lot of empty space and energy.

A key message was that practice leads to proficiency in developing any skill, including the ability to perceive energy. I believe this is true based on my own experience. For example, even though spirituality has always been very important to me, I am not one of those people who experienced clear clairvoyance, premonitions, or a belief in angels or spirit guides as a child, as far as I can remember, and yet I eventually went on to do intuitive readings for others. I've done a lot of work on developing my intuition and perception of energy as well as practiced meditation daily for over 20 years. It came with practice.

I've heard people dismiss this kind of thing as impossible, as though it makes no sense to develop your intuitive ability if you weren't born an incredible psychic. But I consider intuition and the potential for psychic development to be natural, rather than abnormal, just like the ability to hear and the potential to learn a musical instrument. Sure, not everyone chooses to play music, and some people are born deaf, but the majority can use their sense of hearing and learn an instrument if they want to. In fact, I once saw a professional drummer performing on TV, and found out that she had been deaf from childhood. So sometimes skills can be developed to a professional standard even when the odds are stacked against you!

There are a lot of people who don't consider intuitive development to be a priority in their lives, while others seem to have a clear sense of their intuitive abilities from an early age and enjoy using them. Some people may feel like they're psychically 'deaf' and not see any point in even trying to build up their intuition.

If you've become interested in intuition and energy perception for a while but never believed you could personally develop this ability, remember that intuition is a natural part of who you are (even if it's latent at the moment). You can start to use it and practice as much as possible so that it becomes a skill you're able to apply in everyday life. There are lots of ways to do this, and countless books, videos and workshops on the topic of intuitive and psychic development – explore what's out there and make sure you choose something that you enjoy and that feels right for you :)