A Wacky Outcome for the First Free Email Reading 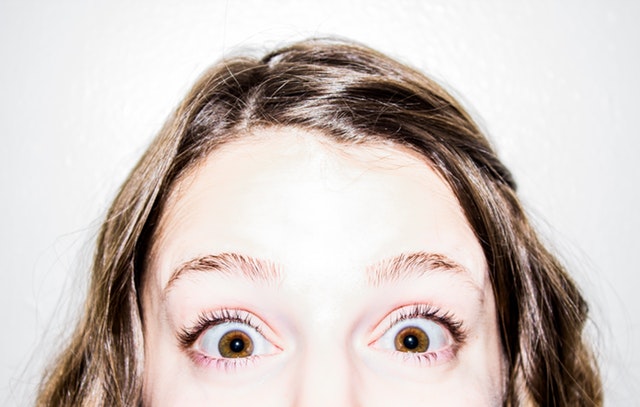 Winner of the Month (Free Email Reading for April 2016)

Before I announce who won the free email reading for this month, I'd like to explain how this person was chosen.

Going back to 2014 when there was a monthly free reading for people who liked my facebook page, the method for selecting each winner involved sitting down to meditate, and then asking for the name of the person to be selected for that particular month. I would then go online on facebook to see (out of the people who had liked the page) if anyone actually matched that name. I quite liked this approach, especially when I was given an unusual name I didn't recognise and then having that name show up after a new 'like' came through.

The tricky part was when names came up of people I knew. I was kind or torn because if I offered a reading to them, would that be biased and unfair? But then again if I didn't offer it to them after they'd been 'selected', was that even more unfair?

After this happened more than once, I ended up deciding to let each person know when their name had popped up, and to give them the option to pass the free reading on to someone else who didn't know me.

Although one benefit of reading for friends and family is that there's already a certain level of trust that's been established, a major drawback is that I already know a lot about them, which makes it harder to give extra information to confirm whether I'm actually connected to that person's energy and guides, or if the information is from my background knowledge. There's always that potential for logic to get in the way. There's also the risk that if extra information does come through, although it may help build credibility for the sake of the reading, it might also raise very personal issues that they would have preferred to keep secret. From a selfish point of view, I sometimes worry that it could be potentially awkward for me to bring these things up... “Okay I thought I knew you pretty well, but I did not know that about you!”

So for the 2016 free email readings, I wanted to completely eliminate the chance of any subconscious bias or mental chatter (as opposed to actual intuitive ability) leading me to choose names for people I already know. I asked for a new method, and was guided to use an online random generator. I looked on the internet and found Random.org, which allows you to select numbers at random or re-arrange lists of names so that one person's name is randomly allocated to the top of the list. I thought this sort of method seemed a lot less exciting, but at least it would take very little effort on my part.

So after using this random method, who ended up winning the free reading? Someone from my immediate family! As if that wasn't weird enough, it was interesting that – as opposed to the facebook comp where quite a lot of people who liked the fb page were already friends or family (so it made more sense that some of them would be picked) – in this latest email reading comp there was only one entrant who knew me personally... none of the other entrants even live in the same country as I do!

Despite using the Random.org website, I had doubts about whether or not it would be fair to offer the reading to this person. I also felt tempted not to announce who won in this update (as I was intending to do for each winner, with their permission), as I was concerned it would look incredibly biased. It made me realise that if she really had been the best person to receive a reading this month, and if her name had come up for me intuitively when selecting the winner, there would have been a high chance that I'd have dismissed it as unfair and chosen someone else. Ironically, the random method worked in her favour.

I wondered afterwards if it was possible that the power of belief had any effect here. If it's true that our beliefs can create our reality, then maybe by being in relatively close proximity to me and believing it was possible that she could win a reading, my sister had a higher chance of winning than other people who didn't believe it so strongly? But if you're on the other side of the world then please don't worry – as of yet no one else has entered this comp who lives close to me or who knows me on a personal level!

So just a reminder again that there will be a free email reading offered every month for the rest of the year. For your chance to win, all you have to do is email me your name and finish off the sentence: “I would love to win an email reading (one question only) because...”