Postal and Courier Delivery from the Guides 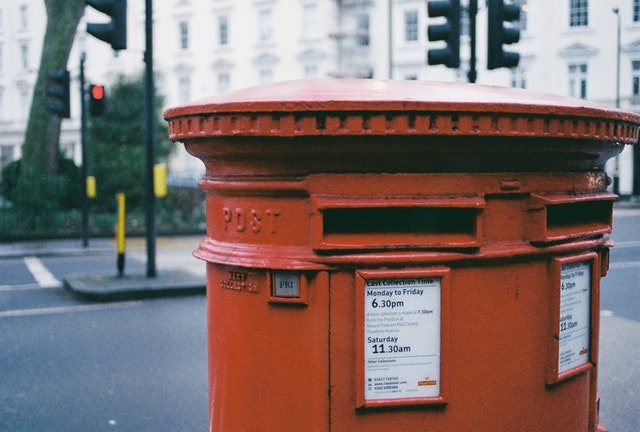 Last month something freaky happened that made me start taking intuitive work more seriously, and got me thinking that perhaps our guides have a sense of humour. This was the trigger for me to make a summary of all the feedback from my intuitive readings survey, and to send out my first email to everyone who had asked for updates.

A little background to the story – In October 2013, my younger sister Michelle showed me a photo of her friend's ex-flatmate (Joe). Michelle and Joe both gave permission to have their real names in this story.

Michelle said that Joe wanted a reading but he'd prefer not to talk or meet face-to-face. I agreed to read Joe's photo and Michelle sent the audio-recorded reading to him. This was about one month after doing Erin Pavlina's Professional Intuitive Training Program.

On 3 Feb 2014, I got a sense that there was another reading I was supposed to give Joe. Michelle sent a text message to him, saying I could do another free reading, but he didn't reply. Michelle summed it up by saying, “He snoozes, he loses!”

But then in the last week of February, the feeling that there was a message to pass on to Joe only got stronger.

On 2 March I said to Michelle: “I don't want to sound pushy, but I feel like there’s a message I have to pass on to Joe that he needs to hear now. You can let him know that this has only happened for him and I don't usually hassle people like this".

That night Michelle told me: “I messaged Joe and he's replied and said he's in a bad way and he's really scared. What should I tell him??” I asked her to pass on his phone number if he would like to be called, so we could arrange a time to talk.

On 3 March the following happened.

Michelle sent me another text message in the morning to say that Joe didn’t want to send a recent photo for his reading, due to feeling that he was not looking his best. I got a strong feeling that the reading had to be done that day, so I said we could skip the photo and I’d just call him, otherwise I would email him.

I told my partner, Frank, “I have to get this out of the way today whether I call him or email him, so either way his guides can leave me alone!"

I left around 8:30am to catch a bus with Frank to Bondi Junction, which was on the way to where he was working as a postman. I'd decided to work on some tasks outdoors for a change because I'd been unproductive working from home.

I had taken my laptop with me but while we were walking to the bus stop, I realised I'd left my internet dongle stick behind. This meant I wouldn't be able to do the work I was planning to. I hardly ever removed the stick from my laptop, but the day beforehand I had taken it out so I could use the laptop to listen to a meditation recording. I figured there was still some work for me to do without the internet, otherwise I would have turned around to go home.

After getting off the bus, I no longer wanted to walk to Centennial Park to work there anymore, as I had planned. So Frank said he could show me another nice park with an ocean view where I could work.

I followed Frank on his postal route from the suburb of Bondi to Bellevue Hill until we came to the ocean where I stayed and Frank kept walking. The whole time I was preoccupied with Joe - I'd never spoken to him before but it was as though his guides were yelling, “Joe! Joe! Joe!"

I couldn't concentrate so I started to play around on my phone instead of doing any work. I found an article called 'Manifesting a Reading' by Erin Pavlina (URL: http://www.erinpavlina.com/blog/2008/07/manifesting-a-reading/). It was about passing on a message to a guy who Erin didn't know, while 'off duty' at a conference. She ended up passing on the message, it was relevant to the guy, and turned out he had actually cut out Erin's business ad from a magazine previously because he planned to get a reading at some stage. So even while I was trying to take my mind off Joe, the main message of this article seemed to support the idea that it’s important to pass on an intuitive message if it comes through strongly enough, even though I was 'off duty'.

I almost rang Michelle to say “I need to do the reading for Joe now!” but thought that would be way too pushy.

I gave up on the idea of doing any work whatsoever for the day, and as I walked back towards Bondi, Michelle called and said she was worried about Joe because he hadn't answered her text message from earlier that morning. She was having brunch with Mum at the time but said she couldn’t stop thinking that someone needed to check on Joe. She then asked what I was doing as she could hear by the background noise and sounds of traffic that I was in a public place.

I mentioned that I'd had a funny day, not doing anything I'd planned and ending up roaming around Bellevue Hill. She told me that I was in the same suburb that Joe lived in.

I was surprised. Bellevue Hill is one of the most expensive places to live in Sydney and I didn't imagine that I'd know many people who lived there. The last I’d heard, Joe had been staying at a place relatively far from that suburb while sharing a home with Michelle’s friend.

I said I'd walked all along Victoria Road with Frank, and wondered out loud if that was why the message for Joe seemed so loud that morning, because I was in his area.

Michelle said she'd call her friend to find out where Joe lived exactly.

As Michelle hung up, I turned a corner and got a clear signal to sit down, so I sat at a bus stop and wasn’t sure what to do from there.

Michelle called back, and said Joe was living on Victoria Road on the corner of another road, which was exactly where I was sitting. She said she’d assumed that Joe was working that day, but asked if I could look for a van parked outside the apartment block. I described a van with a business name written on it and Michelle confirmed that it was Joe's, which meant he wasn't at work.

Michelle's friend turned up in his courier van and went to go check on Joe. Michelle later told me that her friend was “generally super busy on his courier run, he could have been in Parramatta or the City, but when I rang him he happened to be nearby and available”.

After ringing the buzzer to Joe’s apartment, he said there was no answer and that Joe wasn’t picking up his phone either. He offered to give me a lift to Bondi, where he had to continue work for the day.

It was like this feeling of urgency came up and I said I didn't feel right leaving, this was too much of a coincidence and maybe Joe was in trouble. Michelle's friend said Joe was probably fine, but he agreed to try get in again, as I said we may have to call the police or ambulance in case Joe needed help.

I stayed in the courier van. As he was gone, I started thinking about synchronicity and the 11:11 phenomenon that I’d experienced recently. Just for fun, I added up the numbers of the work phone number that was printed on the van, and lo-and-behold, they added up to 11. I sent Michelle a text message about it while I was waiting for her friend to come back.

Michelle then rang me to say Joe had just woken up and called her. She joked that maybe his guides had woken him up because we were waiting outside. Her friend came back to the van and said Joe invited us both up to the apartment.

We got to the front doorstep and waited, so I asked, “Aren't we going up?” He pointed at the buzzer buttons and said, “Don't you know which one it is?”

I realised he was testing me so I looked at the 3 rows of buttons and narrowed it down to buzzers 9 and 11. Turned out it was 11, and I showed him the message I'd just sent to Michelle about 11s.

By the time we got up to the apartment I felt light-headed and like I was in a dream. Michelle's friend left and I checked the clock on my phone - it was 1:11 pm.

I finally had the opportunity to pass on the message I had received for Joe. He told me he felt he had hit rock bottom in his life and the message was very relevant.

At the end of the reading he asked if I normally spend time sitting at bus stops outside people's apartments. I said no, but that I did want to do intuitive readings more often and was just waiting to feel more confident about it. He told me that what had happened that day seemed more than a coincidence, that it seemed big, and that he thought I was ready. It was exactly what I needed to hear, so it turned out that we both had an important message to give to one another.

Soon after the reading was over and I was walking away from Joe’s apartment, Frank called me as he had just finished his postal work around the corner – and saved me from accidentally walking in the opposite direction to where I wanted to go!

After telling him what had happened, he said, “I’m not at all surprised. This stuff happens to you all the time. You should trust your intuition.”

In hindsight, I found it amusing that Joe’s message had been delivered to him with the assistance of two delivery workers – Frank the postman to the exact street, and the courier guy to the doorstep!