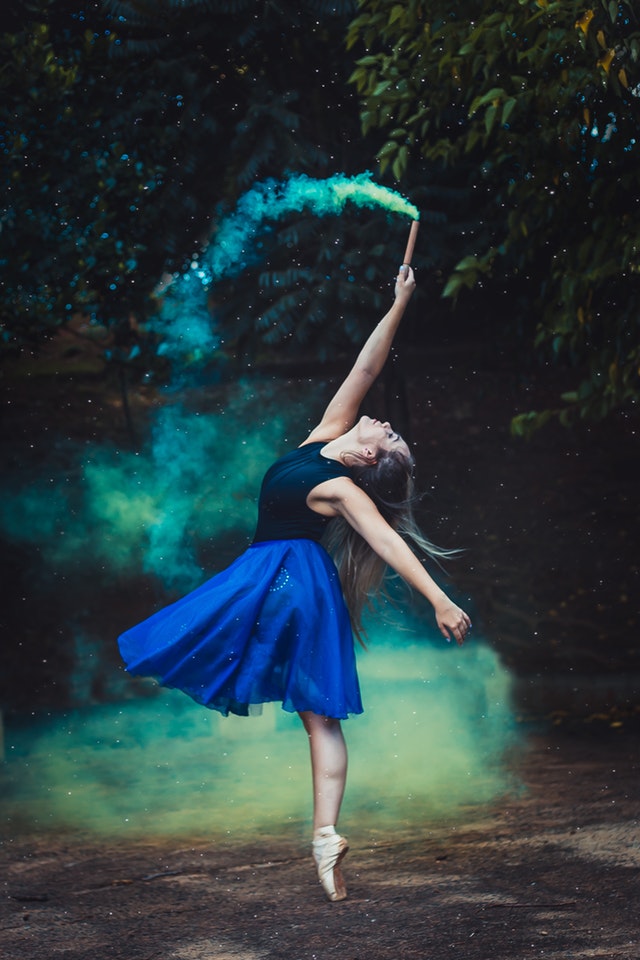 This month I received a parcel which was a little heavier than what I would normally pick up from the post office. When I opened it up, I was happily surprised to see what was inside. The box contained paperback copies of my new book Channel that had been pre-ordered by people during the August Publishizer contest last year.

As I picked one of the books up, I mentioned to the person I was with that it felt like I was dreaming. Although I knew these books would arrive at some point, it felt like such a long gap from when I completed writing the book early last year up until the actual publication of it. After all that time, it felt so surreal to see and touch the books in physical form.

Today I was remembering how the idea for the book itself actually popped up during a dream. As I’ve shared before, I woke up one morning back in early 2017 after having dreamt that I was holding a book I’d written called ‘Intuition as a spiritual practice’. While I ended up giving the book a different name, the whole structure and many of the details for the book were written down shortly after having that dream.

Speaking of dreams, earlier this month I completed a 60-day ‘Submersion’ course which explored the concept of subjective reality. Subjective reality can be compared to living in a dreamworld or simulator, in which our consciousness can play a huge role in shaping and creating what we experience. This is in contrast to the concept of objective reality – the view that we live in a world of separate physical beings and objects, with no real power to control our own reality. This course was created by Steve Pavlina, who happens to be the ex-husband of the woman who trained me to be a professional intuitive (it was through Steve that I actually found out about Erin’s intuitive work).

I’ve written before on my experiences with lucid dreaming (which occurs when you become aware that you are dreaming while you’re still physically asleep), and how they would often end up becoming lucid nightmares for me. This was normally due to the realisation that whatever my mind was capable of making up (including scary characters and situations) could appear as real in the dream shortly after thinking of them.

The Submersion course covers the issue of fear and resistance that can come up when exploring the concept of subjective reality in our waking life too. Steve described how when he started exploring subjective reality for the first time, it was as though he had ‘broken [his] reality’.

This course encourages the use of experiments and daily exercises which may lead to strange synchronicities. These synchronicities or unlikely coincidences, when they occur often enough, can indeed threaten our current beliefs about how reality works, because they tend to clash with the belief that this world is a purely objective one.

I remember questioning the nature of reality years ago while facing an ongoing challenge with receiving deliveries. There was a period of time when several things that I ordered online got delivered to the wrong address, or turned out to be an item I hadn’t ordered, or it didn’t arrive at all due to getting lost in the mail or being out of stock. After a couple of months of this happening, I sat down and tried to work out what could be going on.

I noticed that one of the few stores from which I consistently received the correct order was the Cruelty Free Shop. When I thought about it more, I always felt excited about receiving various vegan candies, snacks, and other products that the Cruelty Free Shop had on offer.

On the other hand, for those other stores from which I didn’t receive the correct order, I realised that I had often felt conflicted at the time of purchase. For example, at one point I ordered a good quality camping tent that had been recommended to me, even though I felt more drawn to a particular pop-up tent which cost more than I was willing to pay at the time. (If you haven’t seen one of these before, they literally pop up into a full sized tent within seconds of taking it out of its bag, which reminds me of Mary Poppins pulling out all her large items from her magical briefcase).

I wondered if this delivery problem would continue if I only ordered things I truly wanted. I tested this out by cancelling the original tent order (after three failed delivery attempts to multiple wrong addresses and finally receiving a very large tent I hadn’t ordered) and buying the pop-up tent. The tent that I really wanted arrived quickly, with no dramas, to the correct address.

I have noticed since then that when I’m unsure about whether or not to order something, things tend to go wrong or I’ll be forced to pause. For instance, the internet might freeze when I go to click on a ‘Buy It Now’ button, or there will be an unexpected error on the website that stops the order from being processed.

I often wondered back then, how could this be happening? Why was I only receiving the orders I felt excited about? There’s no way anyone else would have known how I felt, and there was nothing dodgy about the businesses I was buying from that would lead to any suspicion that the delivery could go wrong.

When things seem to get stuck or out of flow now, I usually don’t try to push against what’s happening anymore. So if a website continually freezes while I’m trying to order something, I’ll stop and order it from somewhere else or on a different day or not at all. There was one time when I broke my own rule and continued to try and order an item after about nine failed attempts. That item went on sale the day after I bought it, and if I had just waited one day, I would have saved hundreds of dollars!

This all may sound incredibly superstitious, and none of it makes sense from a logical standpoint. However, if we see this world as being like a dream or a simulated reality, then it does actually seem fair to assume that our own conflicted feelings could have an effect on our outer world.

During those 60 days of seeing this world as similar to a dream, I had many more lucid dreams than usual even though that was not the aim of the course. While I had quite a lot of lucid dreams as a child, in my adult life the number of lucid dreams I’ve had probably averages out to only being a few per year that I can recall. After starting the Submersion course, however, I had several lucid dreams within the first two weeks alone.

It was interesting that during these lucid dreams, I often felt held back by fears that didn’t make sense to have during a dream. During my first lucid dream after starting the course, I wanted to try moving through a wall, thinking that if it was just a dream world then this should be relatively simple to do. And yet I felt a lot of fear at the thought of attempting this task. I figured that I could just punch through the wall but then stopped myself. Even if it were just a dream, I didn’t want to experience any unnecessary pain in this dream world or injure my dream-hand by punching walls. In a later dream I stared at my dream hand, watching it form and disappear and then re-form before my eyes. Eventually I got to the stage where I could use those dream hands to smash through walls, which felt great!

As well as having lucid dreams, I had other dreams too in which I wasn’t aware of the fact that I was dreaming but I still questioned my perception of reality. In one dream, I was in virtual reality and flying a plane. I remember feeling fearful about crashing the plane or making a mistake, even though I knew none of it was real. In another dream I looked down and saw that I was wearing pyjamas while in a shared office space, and I thought ‘I can’t believe this is happening. This is the sort of thing that only happens in dreams!’

In addition to pushing through fears in lucid dreams, I was also confronted with a few situations outside my comfort zone in my waking life. I found that I was able to push through some of those comfort zones just as I had pushed through those dream walls despite my fears.

I think this had a lot to do with the fact that when seeing life as though it might be a dream, things don’t seem as serious or overwhelming. In the lead up to a public speaking scenario, for instance, I felt minimal fear when holding the view that the other people were simply other dream characters or different aspects of myself sharing the same dream world.

A universal charger allows us to use and charge electrical devices when visiting other countries, as our chargers from back home just won’t work overseas.

One final thing I noticed while doing the Submersion course was that I just felt happier than usual. I don’t consider myself to be someone who’s generally miserable, but I was definitely aware at times that I felt content or happy for no particular reason, and that my baseline level of happiness seemed to shoot up.

Perhaps looking at life through this subjective reality ‘lens’ in a more conscious way just adds more wonder, potential adventure and endless possibilities for growth as opposed to seeing ourselves as more limited, stuck, or powerless to change our circumstances or the world around us.

It seems that there is so much more to this world than meets the eye, and I invite you to explore it :)