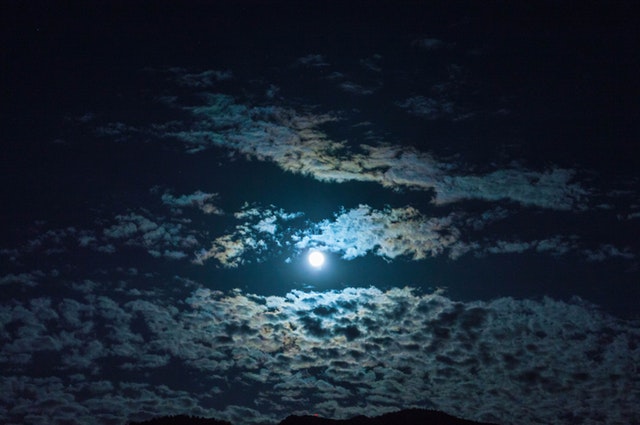 If you live anywhere close to where I am, you'll probably agree it's been quite cold this month of July. Several people I know have been getting the sniffles (or worse) lately and I was no exception. Having spent quite a while lying in bed during a recent sickness, it got me thinking about everything to do with sleep, dreams, and “waking up” during dreams – which is lucid dreaming. If you've ever known that you're dreaming while in the middle of a dream, then you've become conscious on some level during your sleep, and you had a lucid dream.

We spend so many hours asleep during our life that you could argue it's a real waste not to be conscious for any of that time. I'd like to share some of my earlier experiences with lucid dreaming, and a couple of simple techniques that may help increase your chances of having a lucid dream if it's something you're interested in.

My first experience of lucid dreaming would be more accurately described as lucid nightmares. Once, before bedtime, my Mum told me something along the lines of, “Now if you get scared at night, remember it's just in your mind. Your mind knows best how to scare you. Don't worry darling, there's no need to be afraid.” Although she meant well, that message freaked me out. 'Uh-oh', I thought, 'my mind knows exactly how to scare me, worse than anyone else, and I'm stuck with my mind'.

So as a kid, when I became aware that I was dreaming, the dream would soon turn into a nightmare. I knew nothing was real, and that I could make up all sorts of scary creatures and weird scenarios that did not take long to appear soon after I thought of them. Even though I was conscious of the fact I was dreaming, it wasn't easy to physically wake up. Sometimes I would believe I had woken up, only to realise that I was still stuck in a nightmare, yikes!

During one lucid nightmare, I realised that if I had the control to make frightening events occur, I also had some control over how I responded to these events and even over other dream characters. In that nightmare, there was a monster following me in the midst of a big social gathering – I was the only child there, and none of the adults seemed aware of what was going on. I worked out that I could control what the adults did, as they were just part of my dream. I stood in the middle of a circle of grown-ups and told them that I could control what they said. Like robots, they each started saying exactly what I wanted them to: “Hello”, “Bye bye”, “I am in your dream”. The monster didn't come near this circle and I felt safe for the first time during a lucid dream.

When I was about 13, I dreamt that I was at a market fair of some sort, and I went into a tent where a lady offered to give me a reading and tell my future by rolling objects or dice on the floor. She told me that she was practicing her skill by reading for different people in her dreams. I then figured out that I was dreaming. I asked her, “So, do you think I'm real? Or am I just one of your dream characters?” She told me it didn't matter, as she was gaining experience either way. I started wondering whether the other people in my dreams were always just made-up characters, or whether it was possible to ever meet other conscious souls during a dream journey. It also showed me the possibility of learning or practicing a new skill even while asleep. Before then, I had never thought of dreams as an opportunity for skill development or personal growth.

I went from having dream readings to later receiving tuition during my dreams about the process of dreaming itself. In one dream where I was receiving individual coaching to learn how to fly, I kept being encouraged to jump out of a window to practice my flying skills, which I had only mastered indoors. Much to my coach's disappointment, I continually grabbed on to the ledge after flinging myself out of the window. Even though I knew I was dreaming, I was just too scared to take that leap of faith. This showed me that dreams could be a great tool for learning to overcome various fears we may have in life (not that I ever hope to jump out of a window!)

Another dream involved a whole team of tutors. They showed me how to change the landscape of my dreams, and how to shift the interior design of a house just by imagining what I wanted everything to look like. Towards the end of the dream, they decided to take a break and play golf. I called out: “Wait… Is there anywhere I can eat? It must be close to 5:30am, so I won't have a chance to eat later - I'll be waking up soon.” They looked at me like this was a stupid question, and when I woke up, I had to agree with them :)

One of the more memorable dreams I've had involved tuition from all of my dream characters. Every single person I ran into would teach me to explore and play with my ability to create new things in the dream. A group of people gathered around me while I kept jumping and trying to float in the air. They cheered me on as I jumped higher and higher, even though I didn't manage to float. A lady then waited patiently as I strained to change her hair colour by staring at it. She was even quite specific with her instructions, “No, you're trying to change my hair all at once. Just focus on a few hair strands at a time.”

Although I seem to have less lucid dreams as I get older, when I do have dreams like these, I actually get a sense of bliss at times (even if nothing amazing is actually happening in the dream), and I tend to wake up feeling happy and in awe.

At the very least, I think that lucid dreaming is a great way to explore our consciousness, experiment with our creativity, and get a better sense of what's going on in our dreams and subconscious level.

There's quite a lot of evidence that we create our reality in our waking lives too. It's interesting that there's research to show that the act of just observing something – without even touching it, speaking to it, or otherwise interfering with it – causes that thing to change, so it's different compared to how it would be if you never looked at it. We affect our reality in more ways than we're often aware of. As the Buddha was believed to have said, “With our thoughts we make the world” (a quote that's probably quite famous due to being included at the beginning of every Monkey Magic TV episode!)

But it often takes more time for our goals and 'dreams' to manifest in the physical world. Things can happen so much faster in a dream. One of the most enjoyable aspects of lucid dreaming is being able to create what you want soon after you decide you want it.

Treating Life As a Lucid Dream

There are some books I've come across – such as those containing Tibetan Buddhist teachings – that suggest we treat waking life as a dream. Our problems are then not so overwhelming, we're likely to take things less personally, and we see everything as a creation of our own minds rather than inherently real and solid.

From my own experience, I know that when I've made an effort to practice seeing everything like it was a dream, I did lucid dream more often. This didn't always quite work though. There was one time I remember walking along the main pathway at university, and saying hi to an old school friend who walked past. She looked at me, said nothing, and kept walking. I thought to myself that if this were a dream, then it didn't matter at all, as she was just a dream character. But then I said to myself, “Well, this isn't a dream, and she is real, and I am offended.” And then guess what? I woke up! I was actually dreaming that I was awake but pretending to be dreaming, which was a little trippy.

Ironically, I think that by treating your waking life as a dream, it can help to become more awake in general. You might find that you come from a more open, curious standpoint as you look at the world differently and interact with others as though you're in a dream.

Jot Down Notes From Your Dreams

Even if you don't lucid dream yet, making an effort to remember your dreams the morning afterwards can help to eventually lucid dream. You may find that the more you try to do this, and especially if you jot down what you remember in a little notebook, you'll become better and better at recalling your dreams. In a psychology class back in the year 2000 I was taught that you tend to dream about things that you've been experiencing or thinking about within the last 48 hours, so the more you focus on your dreams, the more likely you'll start thinking about dreams in your dream, and the more likely that you'll realise when you're dreaming.

Intend to Lucid Dream Just Before Going to Bed

I've decided to make this commitment for the next month. Given that I haven't had a lucid dream for a while, it'll be interesting to see if this renewed commitment will have any effect. I'd like to invite you to join me in this month-long intention to lucid dream. Please feel free to share any of your lucid dreaming adventures, or techniques you find effective in getting to lucid dream in the first place. Who knows, you may even come across someone who wants to practice their dream readings on you :)

Whether you are already an accomplished lucid dreamer or just starting out, I wish you lots of fun and adventure in your lucid dreaming playground!