Guidance and Creating the Life You Want 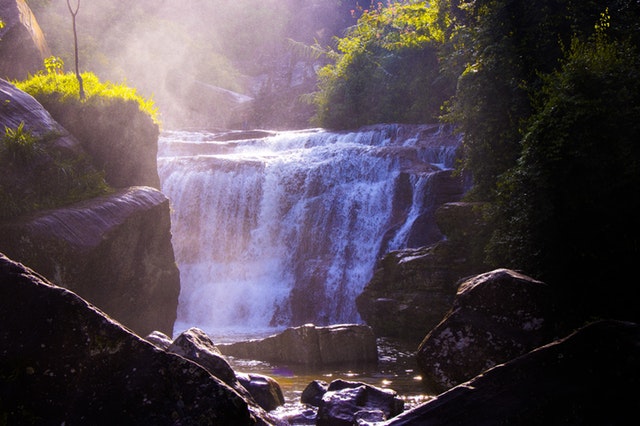 This month I wanted to share some thoughts about the use of spiritual guidance to help create what you want – is it cheating the game of life to get frequent tips from your guides? Is it sensible? Does it interrupt your own decision-making ability? Or does it get in the way of enjoying the anticipation of not quite knowing how things will turn out?

Before I go into that topic, I also thought I'd follow-up on the last update about lucid dreaming. After setting an intention to lucid dream during August, I have to admit that the number of lucid dreams I could remember only reached a grand total of one! Still, it was quite a fun dream to have and I'll briefly describe what happened.

It might be worth noting that the only thing that stood out as being different before this dream was that I woke up around 4am, and again set my intention to lucid dream before going back to sleep. Maybe such intention-setting is a lot more effective at that time compared to when we would normally go to bed. In any case, I'm not at the stage yet where I'm so committed to lucid dreaming that I would be willing to set my alarm for 4am each morning!

Daydreaming in a Lucid Dream

In this dream, I was walking along a path with my older sister and commented on the sky and mountains in the distance. The sky was full of colour – red, pink, and orange – and I wondered why I hadn't noticed those mountains before. I commented to my sister that it looked surreal and almost felt like a dream.

Aha! It was a dream. I wanted to jump on the opportunity to start playing around with the landscape or exploring my creative powers that can be enjoyed while dreaming, but found that I got stuck. I actually asked my sister for advice, “What should we create now?” I was a little embarrassed that I couldn't think of something for myself, but then justified it by saying, “Well, you're in my dream, which means you're just another aspect of me anyway, so it's still me answering the question.” She started talking about what we could create but I found myself drifting off and thinking about what things I could do, and stopped listening to her ... I know, I know, it's a little shameful to start daydreaming in the middle of a lucid dream rather than staying present!

Creating What We Want, Bit By Bit

We eventually came to a large mansion and she suggested that we turn it into a cave. I stared at the building and vaguely intended for it to become a cave but it looked so solid. Where was I supposed to start? Could I close my eyes, visualise a cave, and open my eyes to see the finished product? Nope that didn't happen. Could I create this cave through sheer willpower, and just stare at the mansion until it transformed?

In the end I called upon the help of someone who was passing by. “Excuse me...” The man stopped to listen to me. “If this were a dream, which it actually is, and I if I were to change this mansion into a cave, what should I do?” The man looked at the mansion, like he wasn't sure what to say but was still taking the question seriously. It reminded me of people who, after asking them for directions, clearly don't know where the place is that you're looking for but they want to help as best they can anyway.

Another person walked past and I asked her the same question. Soon we had a little crowd of strangers all wondering how to tackle this dilemma. Someone suggested that we start by creating a waterfall, just a little one, from one of the windows. That worked. A small stream of water appeared out of an opening in the mansion and started flowing. Once that appeared, I gained confidence and the small stream turned into a large waterfall. Now it would be easy to change the bricks to a rocky cave wall, bit by bit.

I woke up before the complete cave was created, but it seemed like a good metaphor for life. If you don't like something in your reality, or a particular issue seems too big to change all at once, start poking holes at it and changing it bit by bit until it transforms into what you really want, rather than become paralysed by how daunting the situation is. And when in doubt, ask for help!

It amuses me that even though the guidance to create my cave came from other dream characters (which I'm assuming were just aspects of my consciousness), it was still really helpful to be able to turn to someone else seemingly outside of myself to get answers. But when it comes to spiritual guidance, I've often had conflicted feelings in the past. Is it cheating to rely on spirit guides if they have a clearer perspective than I do, and can see what's likely to come up in future if I keep going on the path I'm on? Doesn't it take away the fun of creating my own life without relying on anyone else?

If you compare life to a video game, then the issue of “cheats” is relevant here. My brother loved video games when he was younger, and he would buy magazines containing “cheats” for various games. These cheats involved pressing certain buttons in a specific order in order to unlock secret levels in a game, to do special moves, or even skip whole levels all together. At what point though does cheating make the game pointless? If you're skipping levels, why not just let someone else play for you, or watch a movie passively instead?

However, I had to admit that some of those secret levels looked like lots of fun to play, and would have been completely missed if not for those cheats. Also, some of the levels my brother was avoiding were probably quite repetitive and boring, and he wanted more of a challenge. Maybe there's a fine line between cheating and just making use of all the tools you have to create the most enjoyable experience possible.

So when it came to guides, I started wondering: if they were there and available to help me, and I acted as though they didn't exist, would that be a terrible waste of a powerful resource to create the life I want? But then, a lot of other people don't seem to need to tap into their spiritual guidance every day to be content. On the other hand, not everyone appears to be as happy as they could be, and the more I hear about various people who are successful in their fields, the more I'm noticing that they often refer to their intuition, connection to God, or ability to be inspired on a regular basis as being a crucial component leading to their success.

My relationship to my guides has shifted a lot over the years, from not actually believing in them, to being sceptical about whether or not they exist, to resisting their advice, to asking for advice, to just loving the fact that there is guidance for us to access throughout life. Sometimes I'll notice myself resisting, asking, and then simply being grateful for my guides all within the same week, or occasionally within the same day.

One of the best things about doing intuitive readings for others is that it's helped me trust my own spiritual guidance more and more. It can't just be in my head if I'm providing accurate details to people I don't know, can it? Still, I often find myself struggling with answers I get, or directions to follow in order to achieve my goals. In hindsight it usually makes so much sense, but before following such directions my mind can go crazy just trying to work out the logic behind everything.

And then there are times when the answer seems to be that I need to come up with my own answers. After resisting guidance and wanting to take my future in my own hands for so long, it's funny that I didn't seem to like being told to make my own decisions for certain situations when I was asking for help. For one of those situations, I thought there must be a clearer, more direct answer to help me, so I actually booked a reading with another professional intuitive. You can imagine my disappointment when the primary message of that reading was “You really have to work this one out on your own, it's important for your process.” Oh man, that's the last thing I wanted to hear after paying hundreds of dollars for a reading! But looking back, it was the best thing for me to work on the issue myself.

So sometimes advice from the guides is far from cheating life – they will often gently nudge you to become more empowered and independent in making your own decisions. Can't help but like it though when they do give those special hints and clues, like the secret levels of a video game :)

If you're aware of your own spiritual guidance or intuition, and if you haven't already done so, maybe consider using this as an important resource to create what you want and to reach your goals faster – not just as a last resort when you're experiencing a crisis. Similar to how a coach can be great if you're trying to master or maintain a skill, your guides can be seen as coaches who aren't there to live your life for you, but who can provide effective tips and strategies on a frequent basis to help reach your potential.

I really like the term “co-create” to describe the process of creating what you want while also staying aligned with a higher power or your spiritual guidance, and being open to ideas or suggestions that you may not have thought of otherwise.

Try to write down inspired notes when you feel like it, ask for specific answers to specific questions, and be open to receiving those answers in unexpected ways. Talk to your higher self even if you feel a little silly about it at first.

If you're not confident about your intuitive ability, try building it up. Read about intuition in books or on the internet, go to a workshop, listen to your gut feelings more and more, and don't discount synchronicity as just coincidence.

Here's to creating (and co-creating) the life you want and achieving your potential!