Throat Chakra and Expressing What Matters 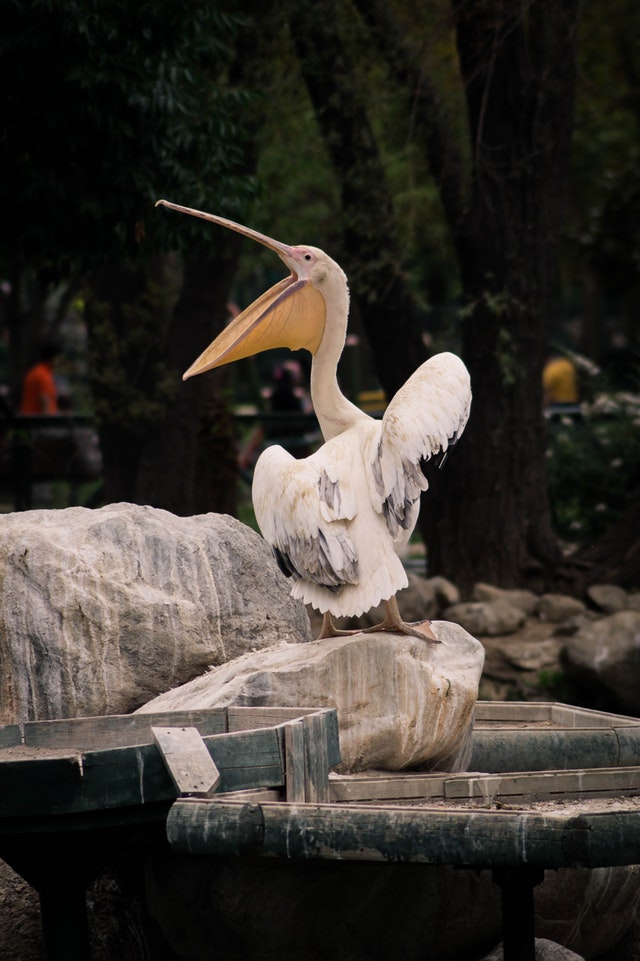 Many years ago, I was told by a business teacher that she had received negative comments in response to an anonymous survey about her classes. After asking for more details about her feedback scores and comments, it seemed that the feedback was not so negative at all. In fact, it was overwhelmingly positive. She had been rated as an excellent teacher, highly engaging and approachable by the vast majority of students who completed the survey.

Out of the hundreds of responses submitted, it turns out that only a couple were negative, and also happened to be completely irrelevant to her teaching ability and performance. One student, for example, was of the opinion that this teacher wore too much black. And yet these negative comments were the ones that seemed to stand out in her memory, and she took them to heart to the point where she even changed her style to include more blue and other coloured clothing!

The point is, negative comments and experiences can stand out in our consciousness more than positive ones.

Over the years of offering intuitive readings, the few that did not go so well are still etched in my mind, and because I can remember them quite clearly I’ve noticed that they all had something in common.

While each person was of course unique, and their lives and circumstances were very different from each another, one common thread between them was that there not only appeared to be issues around the throat chakra, but also some reluctance or difficulty with confirming what was said about such issues.

It’s very common to perceive a closing or stuck energy around the throat chakra, and this is usually associated with problems related to sharing opinions or expressing our truth; so that in itself is not unusual.

It’s also fine to disagree with a chakra reading, or to explore it in more detail in order to clear up any ambiguity or misunderstanding.

For example, one lady shared during a reading that the description of her throat chakra didn’t resonate at all. I asked if she could elaborate, to which she responded, “Well, I’m not a good communicator.” I was surprised by this answer because I hadn’t said she that she was! On the contrary, I had said that the energy around the throat chakra was not as open as it could be, and that although she had the potential to communicate well and clearly, at the moment that just wasn’t happening. Once we had clarified this point, we were able to move on.

Another time, I mentioned that the person’s throat chakra looked as though it was drawn in, and suggested that there may be issues around the expression of feelings and opinions. I was told, “Oh no, I express myself fully in all areas of my life”. Despite the lack of agreement with my interpretation of how the throat chakra appeared to me, the rest of the reading flowed just fine. (Interestingly, after the reading was over, the partner of this man described him as “hard to read … he often keeps his feelings to himself.”)

It’s only in those rare instances where there was no confirmation as to whether the reading of the throat chakra was accurate or not, did the rest of the reading seem more effortful and stuck than usual – almost as a reflection of those issues around the throat chakra that were not being acknowledged or discussed.

Awareness is the First Step

Among those not-so-remarkable readings referred to above, I can recall one during which I was met with a shrug from a man after describing each of his chakras, including the throat chakra, as if to say, “I don’t know, I don’t know...”

Another instance involved a woman who responded to the reading of her throat chakra with, “No, that doesn’t resonate with me because I don’t know how I communicate. I don’t think about it”. Up until that point, I held the assumption that if you have a hard time communicating, then you would know it. And if you don’t have a hard time communicating, you would know that too. The idea that anyone could be oblivious to any communication difficulties in their life was a new concept to me!

It felt as though the reading became a little blocked from that point, with no specific details flowing through. I shared this with the woman and asked if she had held any particular expectations of this reading, in the hope that through expressing her answer it might shift something. She could not articulate what she wanted, and continued with: “I’m not sure. My friends have amazing experiences with psychics, but every reading I’ve had was nothing special. I don’t understand. Am I doing something wrong?”

I tried to reassure this woman that she wasn’t necessarily doing anything wrong. At the same time, I explained that if she was unable to confirm whether or not a reading was on track, or even what she hoped to gain from it, then it can be hard for a reader to share further information with the same level of detail and confidence that’s more typical during an ‘amazing’ reading.

This experience made me wonder if, when it comes to the throat chakra, there’s a point at which a block or closing in that area may indicate a lack of insight or understanding of one’s own ability to communicate well – an ability that may not improve if we don’t become aware of it first. If we don’t know that we’re stuck, we’re unlikely to make any changes to get things flowing again. Perhaps awareness of communication challenges and difficulties with expressing ourselves is the first step towards overcoming them.

I remember when I received my first reading, the clairvoyant sitting across from me must have thought I was the client from hell. I was not forthcoming with any information about myself, and would not ask any questions. She was not inaccurate, but the information she gave at first was vague and I started to feel bored within the first few minutes. At a certain point, it dawned on me that my own lack of engagement and communication with the reader may have been contributing to how it was playing out. I asked if we could change direction, and to focus on a particular area of life.

With that small shift, the whole reading changed. The messages became relevant, specific, and I daresay they helped to shape the course of my whole career. I was still adamant about not providing information, but with just that little willingness to engage more (rather than sit like a human statue) and to express my desire to steer things in a different direction, it allowed me to receive something meaningful.

If you have a hard time expressing what matters to you, at least admit to yourself that you’re having a hard time and acknowledge that if nothing changes, you’re probably going to stay stuck. Awareness of your truth doesn’t mean you have to act on it straight away or share it with the whole world. Maybe you’re concerned about acknowledging an issue you’d rather not face right now. However, even a silent acknowledgement of it is important in order to move forward. After a while, it may not be so difficult to articulate what’s true for you and to clearly communicate what you want or need.

Often there are worries that if feelings have been bottled up for long enough, then to start blurting things out might lead to embarrassment, or be hurtful to others, or just pointless. If you’re not sure how to say something out loud, it can help to write it down first. You can also rehearse it, or sing it, or if you’re ever questioned about it by another person (readers included!) don’t be scared to confirm it. Start sharing little trivial things that are unlikely to cause any dramas. Communicate more with others who you trust. Eventually, with enough practice, you may come to enjoy expressing what really matters to you, and feel able to do so with whoever you want to share this with.

Sound and the Throat Chakra

In a previous article, I wrote about how sound can affect our energy, and how I wished I had tuned in to my chakras before and after a recent biofield tuning that I received, in order to actually ‘see’ if there was any obvious change in my energy at the end of the session.

Less than two weeks ago, I attended a yin yoga workshop and expected to hear some relaxing music in the background when I entered the studio. However, the room was silent and I was surprised to see several singing bowls at the front of the class when I walked in.

As the workshop started, it was explained that the singing bowls were made up of over 99% crystal quartz, that the sound made from such crystal can affect water, and that as a significant proportion of our bodies is made up of water, the use of crystal singing bowls can affect us at a very deep level similar to a massage. Luckily for us, we were soon to be treated to the sound of live singing bowl music throughout the entire two-and-a-half hour workshop.

I was curious as to whether the sound would create any noticeable effect in my energy, and decided then and there to do a quick tune in of my chakras before we started moving into yoga postures. I also tuned in occasionally during, as well as immediately after, the workshop.

Overall, I felt my chakras to be quite open except for some tightness around the solar plexus and throat. The energy around the heart chakra was also a little contracted around the edges.

Not long after resting in a few poses, I noticed a feeling of opening around the heart. Later on I experienced a similar effect around my throat during another pose. It was hard to know whether this opening was due to the sound of the singing bowls or as a result of holding certain postures, but I suspect that it was probably a combination of the two. In the absence of yoga poses, however, I’m certain that the sound from the singing bowls themselves would have been enough to create an energetic opening and cultivation of a more peaceful state.

At the end, I noticed that the solar plexus felt more open as well. The third eye chakra had felt open at the beginning of the workshop but by the time it finished, the best way I can describe it was that it was more ‘clean’. The energy around the sacral chakra appeared to have shifted from open and swirling to just feeling open and still. The expansion around my chakras was even more pronounced after we chanted “Om” to complete the practice.

So, if you’re aware that your throat chakra could do with a bit more opening, consider using sound – whether that be through singing bowls, playing a musical instrument, listening to a musical instrument, receiving a sound healing session, or using your own voice to hum or chant or sing along to some of your favourite songs.

Who knows, after trying some of these methods you just might find that your throat feels clearer for it and/or your level of confidence rises in relation to communicating with others.