Sound Healing: From Tuning Guitars to Tuning Ourselves. 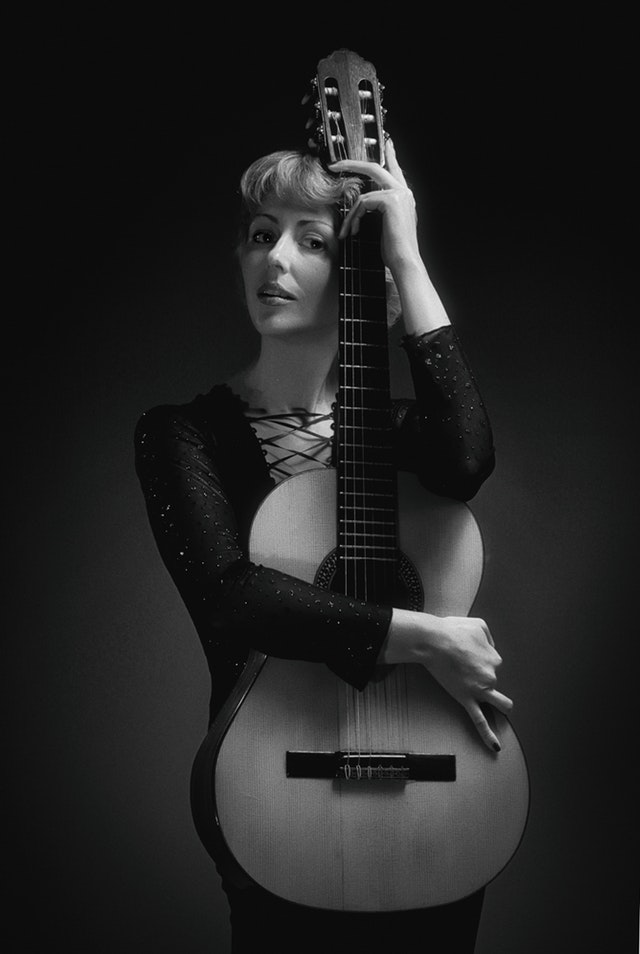 Our bodies as musical instruments

Last weekend, I used a gift voucher that I received for Christmas to go floating in an isolation tank. While in the waiting room, I saw a book titled ‘The Deep Self: Consciousness Exploration in the Isolation Tank’ by John C. Lilly. The forward to the book was written by Craig S. Enright, who described people as being like musical instruments:

‘In a way, we are all musical instruments, each with our fundamental tone but the same underlying frequencies, infinitely interlocked in the orchestration of the Tao, free to vibrate on as many levels as we desire with one another and within ourselves, changing, exchanging and expanding, finding new and different rhythms and vibrations, resonating and learning to resonate more. In the midst of this a bit of free-fall in silent, dark solitude can be enlightening.’

While I won’t be describing my floating experience (which was enjoyable and relaxing but mostly uneventful), I wanted to touch on this topic of sound and vibration as it relates to our energy.

Last October, while offering aura photo consultations and chakra readings at the Sydney Mind Body Spirit Festival, I remember one photo in particular which stood out for me. A lady handed me her photo which had been taken through the use of biofeedback aura imaging technology, and I was struck by how symmetrical, colourful, and perfectly aligned her chakras appeared to be. Aura photos generally show at least a little asymmetry, gaps in colour, or unevenness around the boundary of some chakras.

I attempted to discover this lady’s secret as to why her chakras looked so healthy and different to what I’d observed before. I was intrigued and decided that whatever she had done, I wanted to give it a go as well. I asked what she normally did in order to nurture her energy and to keep her chakras in good shape, so to speak.

She told me that she didn’t really do much at all to care for her chakras – no regular meditation, no in-depth studying or knowledge of the chakra system or any specific practices to keep her energy healthy. The only thing she mentioned that she thought may be relevant was that she’d very recently attended a sound healing session.

If we rewind to about a month before my 14th birthday, I started learning classical guitar on a Tuesday afternoon each week after school. At the start of every lesson, my teacher would use a little two-pronged metallic object which he would tap against his knee, raise up to his ear to listen for a moment and then hold against his guitar while he adjusted the strings. I later found out that this object was called a tuning fork. The same note would emanate from the fork each time it was struck, and somehow allowed my teacher to keep our guitars in tune.

The tuning fork has been used for centuries after it was first invented by trumpet player John Shore in 1711. How it works is that after being tapped against an object, the two prongs of a tuning fork move back and forth at a speed so fast that we can’t usually see with our physical eyes how quickly they’re vibrating. The speed of the fork’s vibrations (measured in hertz or vibrations per second) is called its frequency. Sound waves are produced by vibration, and as the movement of the prongs collide with surrounding air molecules, those molecules then collide with other surrounding air molecules, so the pulse of the vibration is carried through the air, which we hear as sound. Visually, I guess it would be like dropping a pebble into a pond and watching as the water particles surrounding that pebble continue to ripple outwards, colliding with other water particles further out.

I never thought that a couple of decades later it would be me being tuned with a tuning fork, rather than a guitar! However, just like a musical instrument being played, or any other object in the universe for that matter, we are all made up of vibrating energy too.

The lady with the healthy-looking chakras at the MBS festival kindly gave me the details of the practitioner she had seen for sound healing. I booked an appointment a couple of months afterwards and attended my first in-person Biofield Tuning session.

Biofield Tuning makes use of the sound waves that emanate from tuning forks in order to ‘tune’ our human body. By using this sound in our biomagnetic field (‘biofield’) surrounding our physical body, we can experience deep relaxation or healing as a result.

I had received sound healing by distance before, however I’d been instructed to hang up the phone before the actual session started, to relax and lie down while the healing took place, and to wait for a phone call afterwards to discuss what happened. It meant that I didn’t get to hear what was going on in the background, and so I just didn’t feel as much a part of the whole experience.

By contrast, while lying there during my in-person Biofield Tuning session, I could hear when something sounded discordant, and how the sound changed while my energy was being worked on. It was also more interactive and exploratory. At certain points there seemed to be stuck energy, and I was asked questions such as ‘This feels like something big or distressing that may have occurred when you were around eight years old, did you want to share anything about that?’ Apparently our traumatic memories can remain stored in our energetic field, even if we’ve managed to process them on an intellectual or emotional level. It was interesting to hear when the sound indicated that there was something stuck or ‘stubborn’ in my energy that took a relatively long time to shift compared to other areas.

I was also amused to see the size of the tuning fork being used on my energy. When picturing the little fork my guitar teacher previously used while tuning his musical instruments, this fork was massive by comparison.

In hindsight, I wish I had tuned in to my chakras before and afterwards to see if I could sense any change as a consequence of receiving a biofield tuning session. I also relaxed to the point where I dozed off on occasion, so I think next time it would be good to stay conscious for the whole experience :)

In future, I’d be curious to try another distance healing again while asking to stay on the phone so I can listen to the sounds that come up. I’ll also tune into my chakras to check what they look – and maybe sound – like before and after a good energetic tune-up.

If you have any experiences with sound healing or thoughts about biofield tuning and how this can affect our chakras or lives in general, I’d love to hear from you (no pun intended!)