A Reader Being Read (About Giving Up Readings!) 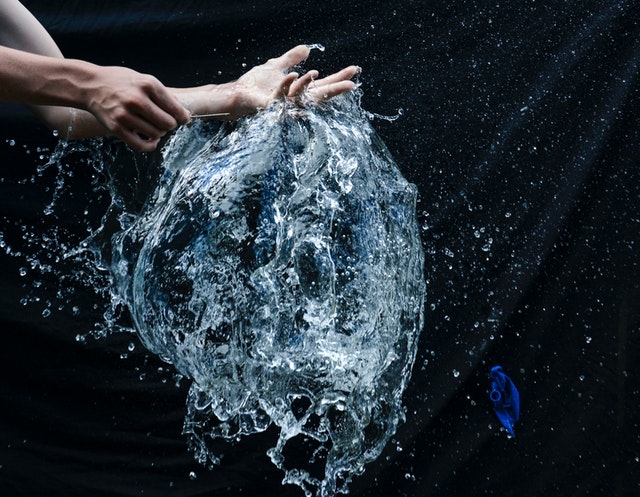 Last month I put forward the idea of moving away from doing standard readings in order to offer more consultations instead - meaning that I’d be using my intuitive ability not so much to provide answers anymore, but to guide people to receive answers intuitively for themselves.

In that last update, after giving my reasons for why I thought this could work out for the best of everyone involved, I asked for feedback as I usually do when considering any potential changes.

For the first time ever, I received no feedback from anyone at all in the few days afterwards – not even from those who tend to be quite forthcoming with their supportive comments and constructive criticism alike! At the very least, it signalled that no one felt strongly enough about the issue to contact me about it straight away.

As if that wasn’t enough of a nudge to make a decision about this without needing the opinion of anyone else – almost as though the universe were saying, ‘Uh-uh, you’re going to have to make this call on your own!’ – I actively started asking other people in my personal life about it. The main response I got was quite opposed to this potential transition.

I was told that many people love readings, that the majority of clients I’ve worked with probably won’t want to search for their own answers if they can receive them more quickly during a reading, and that the readings I’ve offered previously have been helpful and ‘transformative’ for others, so ‘why would you move away from that?’

These comments added to my confusion about what to do, even though I felt that this was a transition I wanted to make, and I also got quite a clear sense of being guided to do it. I wondered if perhaps this guidance was not filtering through properly due to my own bias, and I wasn’t 100% sure that making this change would be the right thing to do.

A reader being read

Just as I assume a dentist would need to book in with another dentist to get their own teeth checked and professionally worked on, I thought it might be worthwhile to book a reading with another intuitive in order to get more clarity.

Not long afterwards, one of my sisters offered to do a tarot reading for me out of the blue. I was excited to have a reading over the phone from her that same day (something she has never done before). I received a message that the transition I was considering would be a ‘move towards the life work you want to do’ and that it would feel like ‘instead of giving someone medicine, you’ll be teaching them to heal themselves’.

I then enjoyed another session with a professional intuitive reader. The irony was not lost on me – a reader booking a reading with another reader in the hope that the reading would provide value and clarity on the topic of no longer doing readings!

The first thing this reader said to me, without me having to speak a word about my current situation or question was:

'There’s something you’re wanting to do, and a number of people are not quite seeing it the way you’re seeing it … a desire you want to have happen, and others are not coming to the party … You need to sow new seeds here, even if people are not on board. You want to do it differently. You’re right about doing it differently … even though you’re not getting it from others, you’re getting it from me: Go for it! Sow the seeds for a new idea, you need to go in that direction. It will work out.'

I did end up receiving a reply about a week after sending the previous update. This lady shared that she felt some disappointment at first about the idea of offering more consultations to replace readings, but at the same time, she mentioned that after some consideration it seemed to make sense. She also raised doubts about whether a consultation would be too slow or frustrating if she’s not yet feeling in touch with her intuition.

It’s true that anything new can be frustrating. I was so incredibly frustrated when I first started trying to experience non-physical vision. I assumed I wasn’t capable of it and if it weren’t for the fact that I was stuck in a retreat setting with other people who were trying to explore such vision for themselves as well, I’m sure I would have given up.

Despite how challenging it was at the time, I’m very grateful for that experience in hindsight because I ended up enjoying a breakthrough. It certainly wasn’t an easy phase, but pushing through that frustration meant that I ultimately was able to sense a whole new world of energy and to understand myself better. It was the point from which I grew and eventually found it relatively easy and quick to tune in and ‘see’ energy around me and in others.

Going back to the concern about slow sessions, it really hasn’t been my experience (or that of the people I’ve worked with, as far as they’ve told me) that consultations were slow or boring compared to an average reading.

During the free trial phase, I worked with someone who did seem very stuck when trying to access her own intuition and answers. But just because she felt that her ability to access her intuition was slow, it didn’t mean that the consultation itself had to remain slow or stuck. We explored some of the blocks and barriers that seemed to get in the way of hearing her own answers intuitively, and I did end up sharing intuitive messages I received as well. It was a kind of balancing act between guiding her to feel things for herself, while also sharing enough information so that the session ran smoothly and provided the opportunity to gain clarity on the questions she had.

Out with the old

So after everything that’s happened over the past month, I chose to take down the old reading options from my website a few days ago and to add more consultation options to take their place. In a way, I consider the consultations to be more of a transformed version of the readings I’ve offered in the past, rather than being a complete replacement for them. The reality is, while guiding you through the process of sensing your chakras and spiritual connection during a consultation, I’ll continue to tune in to your energy for the whole time – just as I would for a reading – in order to best help you to access your own intuition and answers.

From March until the end of the year, I’ll be offering a free 30-minute intuitive consultation on a monthly basis instead of the free email readings.

Hope to ‘consult’ with you intuitively in future!