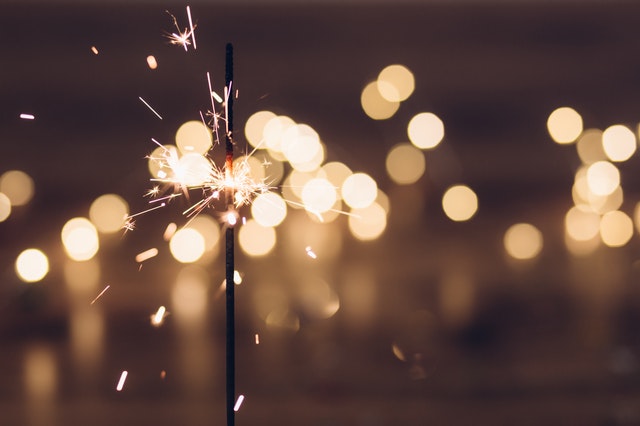 The 25th of September 2013 was my final training day for the Erin Pavlina Professional Intuitive Training Program in the USA – which means that today is my one year anniversary as a 'Pavlina Padawan' (as Erin refers to her graduates)!

My decision to go to Las Vegas and learn to be a professional intuitive may have seemed out of character and downright impulsive. Although I've been quite intuitive since I was a kid, I had never done intuitive readings professionally, and hadn't really thought that I ever would.

But this all happened after almost a year of consistently following my intuition and sense of spiritual connection – even when it didn't make any logical sense. It was getting to the stage where it became less of a tug-of-war between my mind and intuition. I would feel an intuitive push to do something and then think, “I wonder where this will take me?”, trusting that it would turn out for the best because that's what just tends to happen when you follow your intuition.

Mid-last year I felt a little 'push' to click on Erin Pavlina's website (there was a link to her site mid-way through another person's blog article I was looking at). I then felt a bigger push to book a reading, and a massive push to learn from her through her program. So when, during my reading, I was told that I would one day be offering intuitive readings myself, I was less shocked than if I had heard the same message a year earlier.

A couple of months later, after feeling like my intuition was screaming at me to do this, I booked a plane ticket, quit my job of 5+ years, and embarked on a new adventure. At the time when I booked into the training, I had never been on an aeroplane by myself before, let alone gone overseas by myself.

Everyone Is Born With It

For anyone who worries that they have no intuition, I very much believe that everyone is born with it to varying degrees, and that it can be strengthened with practice.

I remember once debating with a colleague about the existence of psychic abilities. This same lady who was adamant that such abilities didn't exist, also described her ability to sense when it was a good time to approach our manager – she said she could feel what mood he was in just by walking past the office, without even looking in there or hearing his voice. Pretty intuitive!

To me, intuition and psychic abilities fall along the same continuum, with a little hunch or gut feeling being on one end, and on the other end of that continuum might be the skill of being able to describe intimate details about a stranger, communicate with spirit guides, or have frequent premonitions. Just like we're all born with ears but some of us have better hearing than others or more talent for music - the ability is there for most of us even though for some it comes more naturally.

For anyone wanting to strengthen their own intuition it may be worthwhile to try to use it as much as you can, even for little things. Nothing is too trivial.

“What ice cream flavour do I want? What does my intuition say I'll enjoy the most?”

When choosing between two movies you could ask yourself, “Which movie will be most uplifting for me?” Then watch both and see if your decision was accurate.

If you only listen to it for the big things, chances are that the stress of facing a big decision might interfere with your ability to listen properly.

Another thing that really helps is to practice with someone else. Tell them what you see/hear/feel about them, something you couldn't possibly know. If they tell you that you're right about a particular detail, then that provides great validation which is hard to get if you're just working on it on your own.

Lastly, I want to thank everyone who's reading this. I would never have guessed – especially for those who had a practice reading with me – that you would not only ask to hear from me again through updates, but that you'd also continually cheer me on for almost a year afterwards! Each time I send out an update I get messages of encouragement and support, and I'm so grateful for it.

A big thank you to you all!