New Book in the Works 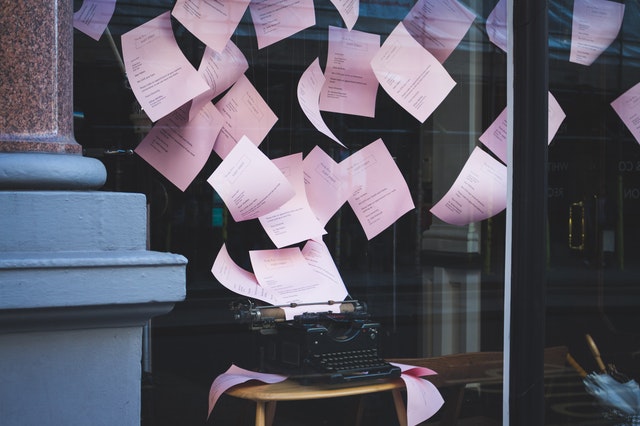 I’ve been working on a book about how to overcome a habit, specifically an alcohol problem, for a while now. This issue seems irrelevant to most of the people I’ve worked with since offering intuitive readings but I kept getting the niggling feeling that I should complete it. When trying to actually write it, I was faced with one obstacle after another. Sometimes it felt like just good old writer’s block and at other times it was more bizarre; for instance, my computer would keep freezing when working on the book, but it wouldn’t freeze for other unrelated projects.

If you’ve read my previous article on the 1111 phenomenon, you might also find it interesting that the computer would often freeze on page 1 or 11 of the 111 pages of my draft, which just confused me further. If 1111 is believed to be a sign that you’re on track with whatever you were doing or thinking at the time when you saw it, then what does it mean if it keeps popping up when you’ve just been stopped in your tracks and the thing you think you’re meant to be doing gets put on hold repeatedly?

Eventually I decided to ask for a sign (other than 1111!) to show me whether or not I was on track, as I occasionally do this when feeling confused about an apparent clash between what my logic says and what my intuition is asking me to do.

At the time, there was music playing in the background, and as I asked for the sign I felt guided to pay attention to the next song that would come on to play. I listened with anticipation as the current song faded and the next one was about to start … and it was the song ‘Red Red Wine’ by UB40.

Now, I am one of those people who rarely pays attention to lyrics. If the words are clear enough then I might remember them but otherwise I just retain the chorus in my memory, if that. So ‘Red Red Wine’ was a song that I only vaguely knew the main chorus to. I assumed it was about someone who loved his wine and enjoyed grooving and singing about it, or something to that effect. As I listened more closely though, I realised that the lyrics are actually quite depressing. Far from having a good time and partying, the song is about a man who drinks alcohol to forget his woes and heartbreak after losing someone he loves. Okay, well that seemed like a relevant enough sign to continue writing the alcohol book.

A few months ago, I spoke to spiritual teacher and author, Rebecca Campbell, about this issue of being pulled by my intuition to do something that wasn’t feeling very easy or fun to do. After all, isn’t it supposed to feel easy when you’re following your intuition and going with the flow? She reminded me of the fact that intuitive hunches rarely make sense at first but it always pays off to follow them in the long run, and they often don’t lead to an outcome you expect. Her advice was to continue on this road until or unless directed otherwise, to try as much as possible to “just have fun with it”, to perhaps do things in a different way, and be open to what may happen down the track.

Within one week, I had my first meeting with a professional editor after someone suggested that this may help to move forward with the book. I felt a bit of resistance about this idea, with the stubborn part of me protesting that “I can do this myself”, “I can edit my own stuff just fine”, and “I want to do it on my own”. However, my intuition gave me a clear and unambiguous “yes”.

A Change in Direction

One of the first things I was asked to do by the editor was to spend a bit of time answering some basic questions, such as what I would like to achieve after completing the book, and what my target audience might want most out of life. I couldn’t answer those questions straight away, but I believe that they may have planted the seeds in my mind which would ultimately lead to a very different direction for the book.

In late April, I woke up after having a vivid dream that I had written a book on intuition and spiritual practice. I couldn’t go back to sleep and after tossing and turning for what felt like forever, I got out of bed and typed out some notes on what I had dreamt about, including the details I remembered about the book on intuition. It was just after 3am. After I went back to sleep and woke the next morning, I dismissed the dream as well as the notes I’d made, and continued to go about my day.

A few days later I woke up soon after 3am with my mind buzzing, along with the realisation that I was going to find it hard to go back to sleep. I got up again, and this time I grabbed some paper and let whatever I was inspired to write to just flow through. After an hour or so of writing, I looked down at my scribble and saw the structure, chapter headings and outlines for an entirely different book from the one I had been working on previously. A day or two later I compared my notes from those two mornings when I had woken up after 3am, and saw that there was a lot of overlap between them. I chose not to dismiss this experience the second time around and made the decision to shift the focus of the book to concentrate on intuition rather than alcohol.

What followed was a much more enjoyable and easy experience of writing. I’m not sure why my intuition seemed to lead me to work on the alcohol book for so long only to now put it on hold or even drop it – but it certainly did serve as a great contrast to highlight the difference between writing from a place of effort compared to writing in a more inspired way. I expect that there will be a lot of content from previous updates that will be shared in the book, but other parts will be brand new. My intention is to stick with the chapters and outline that came to me on those two early April mornings as much as possible.

Following Intuition No Matter What

Maybe the alcohol book idea was needed to keep my habit of writing alive and well until I felt ready to write about this new topic. I certainly had no intention this year of writing a book on intuition, and have never really felt ready to reveal my experiences or ideas about intuitive ability with anyone other than those people who opted in for monthly email updates from me.

Maybe it simply played an important part in the process of surrendering to intuition, learning to become less attached to a particular outcome, and accepting when my intuitive hunches don’t always seem to make sense. Sometimes I forget how crucial it is to follow those hunches anyway, particularly when they make no sense.

And I do believe that the content written about how to overcome an alcohol problem won’t necessarily go to waste, whether it eventually ends up published as a book or not. Maybe it will be shared in some other form down the track – for example, as a series of articles online.

The new book will be about how to listen to, enjoy, and trust your intuition. I hope that the process of writing this book will stay consistent with the book’s message, so that I allow myself to listen to my intuition every step of the way, to continue to enjoy writing it, and to trust that this will all turn out okay, even if – and maybe especially because – I can’t predict what the outcome will be.

Although I don’t know how everything will unfold, I will certainly keep you updated if and when this book is ready to come out into the world, hopefully in the not-too-distant future :)