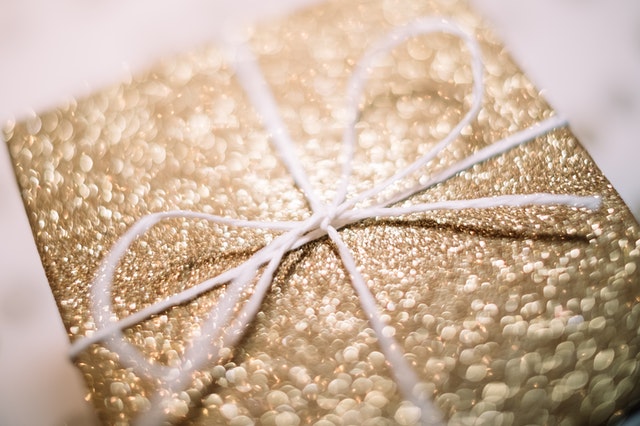 A couple of weeks ago, I finished the first full draft of my new book. In one of the chapters, I had written about the theory that there is a gift in every experience. Even if this isn’t true but perhaps simply wishful thinking, believing in this theory can make life more bearable or meaningful at times.

Last week I developed a migraine, on my birthday no less. It was my fifth time. I had one at 12 years old, the next at 13, then at 14, with a decent break until the fourth one many years later. Before each migraine, I had seen lights or ‘migraine auras’ as they’re often called. Those lights indicate that a migraine is about to hit. As I began to see those lights last week, I was confused at first. I had forgotten what they meant because it had been a while since my last migraine. It reminded me of the visual effect that can happen after looking at a bright computer screen, or looking outside before going into a dark room, where the image from the light lingers. But I wondered why this light was shaped as a zigzag, why it only appeared in front of my right eye, and why it felt as though this had happened to me before. I had the vague memory that it meant something important. I wondered what the gift could be in such ominous zigzagged lights.

Then I remembered that this was a warning sign that a migraine was coming on. I almost didn’t believe it, because I felt fine. I felt so good, in fact, that I was sceptical that I would develop even a minor headache. I was tempted to ignore that warning of what was to come, but thankfully I decided to act.

I forgot what’s best to do when dealing with a migraine, so I asked someone to research it for me on the internet. I couldn’t see properly out of my right eye at that point and didn’t want to look at a computer screen. I took every suggested remedy and piece of advice on board. I lay down in a dark room, had some ginger tea, rubbed peppermint oil around my temples as recommended, placed a cold washcloth on my forehead, and even took Nurofen – something I’ve only done once or twice before. Nonetheless, my head began to hurt and the pain steadily intensified. It seemed that there was no escaping this migraine.

What’s interesting is that when I first got those migraine auras, I had a sense of negative anticipation and thought, “I wish these would go away!” And yet those lights allowed me to prepare so that I could recover from the migraine as quickly as possible. The migraine passed in record time. Yes, it was bad but it was short-lived, much shorter than previous migraines and minus the nausea and vomiting – a definite bonus!

I hate to think what it would have felt like if I hadn’t rested in a dark room, with ginger tea, peppermint oil, and pain medication. As the migraine passed and I took the cool wash cloth off my forehead, I felt grateful for those migraine auras. They actually were a gift, not just the bearer of bad news.

Intuition, I think, is another thing that people occasionally dread due to seeing it as a bearer of bad news. But like the migraine auras, it’s such a gift. Not in the sense that only a select few are born with it, as I think we all have the gift of intuition. We just don’t always use it. The most common reason I hear for why people consciously choose not to use it or listen to it is because they don’t like the idea that it may predict something bad, or make us feel something we don’t want, or know something we’re not ready to know. But your intuition is always a gift. If it warns you of something, it’s a gift. If it hints that something good is coming, then that’s a gift too. If you’re scared that you’ll have a nasty premonition or a sense of doom, that something is about to go wrong, remember it’s not intuition‘s fault that any of those things are going to happen. Your intuitive signals are there to help you prepare or prevent such things from occurring. Rather than being frightened of intuition itself, let it guide you, protect you, and warn you when necessary.

Over the past few years, several people have asked me to consider offering an online course on intuition. Recently I decided that I would develop such a course, to become available later this year. I’m not sure of the details yet, but if the course goes ahead then it will be based on the principles in my first book, Channel, on how to listen, enjoy, and trust your intuition – that gift that keeps giving the more we strengthen it.

In case you’re wondering, I think the migraine itself may have been a gift last week too. The pain wasn’t fun at all, but it gave me permission to just rest, to catch up on some sleep I needed anyway, with plenty of opportunity to contemplate things that I had wanted some extra time to think about, and to have lunch brought to me in bed - what decadence! I ended up curling up on the couch later to enjoy a good book as the migraine passed, which is what I had really wanted to do that day anyway, but probably wouldn’t have due to thinking I should be more active or sociable on my birthday.

I wrote most of the article above as I was recovering from my migraine. A week later, this week, a member of my immediate family passed away. I’m not sure what the gift is in that, or if there is one at all. I have no desire to work out how or why there could be such a gift, but I’m choosing to trust that there might be one, somehow. I’m not rushing for an answer. All I know is that I need time to grieve. I have removed the option of booking intuitive services on my website, and won’t be offering them until I feel ready. I will let you know when they become available again.

In the meantime, if there are people who you care about and feel have gifted your life in some way, consider letting them hear that from you. The time we have here with each other is fleeting and precious.