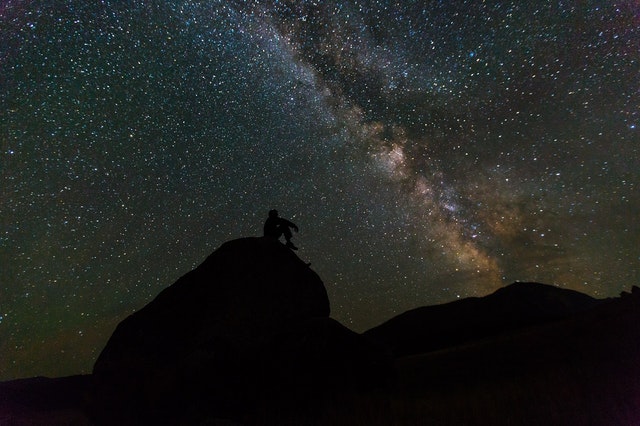 Last week, I listened to an interview with author Elizabeth Gilbert. She spoke of the reality that death is the only thing that’s guaranteed in life, and yet people seem so shocked every time it occurs.

My dad was the one who told me that at some point, everyone dies. I was very young, and responded with disbelief, “No they don’t!” When it was clear that he wasn’t joking, I asked, “Everyone?! Even you?” Dad replied matter-of-factly, “Even me”. It wasn’t the easiest news for my little four-year-old brain to comprehend, and I later wondered why he couldn’t have waited just a few more years to hit me with that hard truth. As much as I may have contemplated death since that moment, and considered how I might spend my last day on earth, Dad’s recent passing last month was still indeed a shock. It brought home the fact that, yes, we really are all going to die someday.

In a previous article, as well as in the appendix included at the end of my book Channel, I recommended the Clairvision School of Meditation as a great resource for spiritual development. I attended my first Awakening the Third Eye workshop in 2009, and have continued to engage in practices taught by the school on-and-off since then. Of all the rewarding experiences I’ve had and all the fascinating lessons I’ve received through the school over the last 10 years, I am currently most grateful for the knowledge offered in the Clairvision School’s Knowledge Track (KT) Death: The Great Journey, written by Dr Samuel Sagan.

I had worked through this Knowledge Track (KT) before, but the experience of going over the material for a second time, while trying to cope with my grief, took on a whole new level. I cannot overemphasise how much the information helped me after the loss of my father.

As stated on the school’s website, the Death KT contains audio recordings, written material, and guided meditation practices, and is designed for the following situations:

There is also a section on post-death practicalities. Taking care of such practical concerns while we’re still alive can make things much easier for the people we leave behind. There’s an article on the Death KT as written in 2014 by Karen Kingston (the author, clutter clearer, and space clearer who introduced me to the Clairvision School in the first place), which can be accessed here if you’re interested: https://www.karenkingston.com/blog/death-the-great-journey/

Reading to the Dead

In Tibetan Buddhism, there’s a practice which involves reading aloud to the spirit/consciousness of a recently deceased person. You may have heard of the Tibetan Book of the Dead, a text from the 1300s which can be used to guide one’s journey after death, or so it’s been said. Sometime in the 1990s, Dad handed me a copy of the Tibetan Book of Living and Dying, authored by Sogyal Rinpoche who stated that it was intended “to be a new Tibetan Book of the Dead”. I found it interesting to learn about the afterlife, and the common elements documented from people’s accounts of near-death experiences.

A summary of the research findings on near-death experiences is also presented in the Death KT. In addition, the KT includes a Book of the Dead for Modern Times, along with practical instructions on how to read the book to assist loved ones in the journey between death and rebirth. Whether or not there is an afterlife, and whether or not this practice actually helped Dad’s spirit in his journey after death, reading aloud from this book was nonetheless an incredibly healing experience for me.

Dad used to say that he didn’t want family or friends to be with him at the time of death. I remember thinking that this was a little odd. What’s wrong with being surrounded by people who care about you, while on your death bed? Wouldn’t it be cruel to send away your loved ones if they wanted to say goodbye and stay close to you until the last possible second?

The thing is that my dad, as a Tibetan Buddhist, was a big believer in the importance of dying well – meaning, to die as consciously as possible, in a state of mind that increases the chance of a good rebirth. Dad used to say that the opportunity for spiritual awakening at the time of death was great. He told me how terrible it would be to be surrounded by grieving, emotionally volatile relatives at the time of death, because it would be a distraction from any last-minute efforts to prepare for the important journey ahead.

Dad also shared with me the theory that if our consciousness continues to exist after physical death, then the behaviour of our loved ones can continue to affect us, either allowing us to transition smoothly from one life to the next, or keeping us stuck out of concern for their wellbeing. He said that a spirit can find it difficult to move on if they know that people are not coping well without them. I once thought that it seemed harsh to expect family members not to express strong emotions after someone’s passing, but recently I think I’ve started to understand Dad’s perspective a little better.

To use an analogy, think of what it’s like to be farewelled by someone who knows you’ll be relocating to another country and unlikely to return. If that person is jumping for joy that you’re leaving, that probably won’t feel too good. However, if your friend starts weeping inconsolably, it’s going to be more challenging to make a peaceful exit. And if they were to fall to a heap on the ground and vow never to be happy again, you would probably want to say, “Please move on without me!” In a perfect scenario, all your buddies would express how sad they are that you’re going away, and how much you’ll be missed, but they would also probably show warmth and wish you all the best for your upcoming adventure. This kind of behaviour is likely to make you feel cared for, while also free to leave and cheerfully embark upon your trip.

This example reminds me of when I was nine, and I was at the airport where I would soon be catching a flight with Dad to Malaysia. Mum got all teary as she gave me a goodbye hug before I boarded the plane. Normally I would be upset to see her cry, but I wasn’t too concerned by this display of emotion because she was also smiling. She seemed excited for me. I understood that she was crying because she would miss me, and that she’d also be absolutely fine once we left. Knowing this meant that I didn’t have to worry that Mum – or anyone else for that matter – might be having a meltdown as the plane took off, which certainly would have put a dampener on my holiday.

The Death KT was what allowed me to farewell Dad in a way that I could feel my sadness and grief, while also gradually experiencing more peace and coming to terms with his death. It meant that I felt better able to say goodbye, and to wish him well for the great journey ahead.

If you’d like to see more information or to order the Death KT, further details can be found on the Clairvision website: https://clairvision.org/knowledge-tracks/what-happens-to-you-after-death-discover-kt-death-the-great-journey.html