How You Play Games 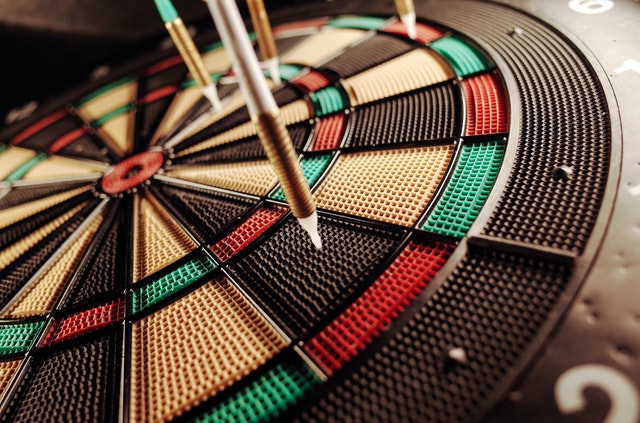 How You Play Games

How you play games is how you play life. That’s what I was told during a “Life Mastery” seminar in 2014.

It wouldn’t make sense to start a game without at least trying to win. However, I have noticed that players who truly hate losing at games also tend to dread failure generally, doing what they can to avoid it at all costs.

There are those who enjoy games no matter how badly they perform. Outside the realm of games, they tend to be playful and engaged in any activity, regardless of how skilled they are.

Some players become frustrated or stressed out during games, perhaps in a similar way to how they feel during day-to-day activities. Some routinely complain about the cards they’ve been dealt, and tend to enjoy a good whinge about life as well.

Others might have a tendency become disengaged, act bored, and perhaps resign in order to discontinue the game so as to leave the other players to continue without them. You can imagine how such people may behave in their relationships beyond the game.

Occasionally I’ve come across a very strict player who takes control of setting up the game. They are likely to have the written rules in hand, with stern looks shot at anyone who may dare to challenge their perspective on how to play. No room for negotiation or silly adaptations of the rules. Those people are likely to be leaders, organisers, teachers, or simply individuals who believe in the virtues of having things done the “right” way.

How we participate during games or other activities doesn’t have to be a static thing. I have fallen into most of the categories described above, at some point. I admit to having been competitive, nervous, disinterested, and controlling during games. I’ve had long stretches of time when I absolutely loved playing a game that I knew I had absolutely no hope of winning. I’ve also lamented the hand I was dealt more than a few times while playing cards (“Oh not again! I have no trumps!”). Of course it depends on the type of game involved and who we play with. Overall though, how I played any of those games was often a reflection of my general attitude towards everything else at the time.

How You Do Anything

In the same year that I heard the “how you play games is how you play life” line, I learnt another principle which is pretty much an extension of that. It was during an Ultimate Coach training event in Queensland run by Scott Harris, who told us the following:

“How you do anything is how you do everything”.

Whether you play games or not, how you carry yourself in any activity will likely give away your attitude about everything else that you do.

I would argue that, to some extent, the “do” could be replaced by “feel”. How you feel about anything is how you feel about everything. Our dominant emotion often remains the same even when circumstances change.

Tony Robbins often brings up the story of how he was running a seminar at the time when 9/11 happened. As expected, reactions to the news of the tragedy varied widely. Some people were crying, some were angry, others started to comfort others. It was discovered that those who were angry about the terrorist attacks were often angry in life, about anything. The crying participants admitted that they were often teary. The comforting people turned out to be comforters and nurturers back home too.

When I was doing work experience at a drug rehab in my twenties, I observed a group activity where participants had to pretend they were sheep. They were enclosed by a fence (not a real one, but the string surrounding them indicated where the boundaries were) with seemingly random objects inside. The aim of the game was to work out how to escape the pen, using only the objects at their disposal. Certain rules had to be followed too; for example, no one was allowed to crawl under the fence or jump over the top of it.

After all the sheep got out of the pen, the group debriefed about how they had felt while trying to escape. What was fascinating was how closely people’s actions during the activity resembled how they were in real life situations.

One woman noted how she went into her rescuer character – she had immediately geared into action and worked out a way for the sheep to leave the pen. She then rallied them so they could all be freed. Some participants stood back, more like typical sheep, frozen until told what to do by someone else. Others just found the whole thing to be quite fun. The last “sheep” who got out described herself as “always last. I always put others before me.”

This happened years before I attended the 2014 seminar, but the same points had been demonstrated: How you play games is how you play life, and how you do anything is how you do everything.

COVID-19 is not a game. It’s no joke. The coronavirus has claimed tens of thousands of lives and infected over a million people worldwide. This pandemic is obviously beyond anyone’s control, but how we respond to the situation is still within our power. Despite being deadly serious, it doesn’t hurt to ask: if this were a game, then how would you play?

I’m not all that proud of how I played at the beginning. Earlier in the year, when the number of known positive cases of COVID-19 in Australia was only 3, I poked fun at a friend who had stopped catching public transport due to concern about catching the virus. As the number of people wearing masks increased and the availability of toilet paper seemed to diminish, I still thought that people were overreacting. It wasn’t until the second week of March that I was hit by the seriousness of it, thanks to being sent a couple of well-researched articles on the topic. I read about the importance of self-quarantine and the need to protect the more vulnerable members of our community, after which I decided to join the Stay the F*** Home movement.

On the first day of my self-imposed quarantine, I became overwhelmed. It finally dawned on me how bad the situation was and how much worse it was about to get. I cancelled long-standing social events and family commitments which wasn’t easy to do. This was at a time when mass gatherings of 500 were still allowed, so my decision may have been considered unnecessary by some people (I guess it was my turn to be laughed at!). I was also irritable with the people I love most.

I caught myself spiralling downwards and told myself to snap out of it. In my mind, going outside for unessential things was no longer an option. Sometimes when there’s no choice, it can bring about a sense of peace. The overwhelm and irritability started to pass.

Only a week before my self-quarantine, I mentioned to someone how I prefer not to work at home, or to even just be at home all day. I explained that it usually leaves me feeling flat and lethargic. Other than three or four occasions, I have not left home for almost three weeks. And yet I don’t feel overwhelmed, flat, or lethargic at home anymore. Surprisingly, I have been feeling quite content as I continue to stay focused on what I can do while confined at home.

During Scott Harris’ training weekend referred to earlier, each attendee was given the opportunity to try breaking a block of wood with their bare hand.

Scott told us to write a disempowering belief on one side of the block, and its opposite on the other side. This was the same year that I started my intuitive business. I wrote “can’t” on one side, as a shortened one-word version of my belief that I wasn’t able to stay in business. I turned the block over to write the opposite belief, “can”.

Scott had told us that the block-breaking exercise was more about our frame of mind than strength. He shared how at one event, a big muscular guy broke his wrist during the exercise. Just as I was about to opt out, Scott followed this up with another story. He said that at the same event, an older woman who was hunched over and on a respirator shuffled over to her block, broke it in half with her open wrist, and shuffled away back to her seat.

We were told we were allowed three attempts at this exercise. If the person holding the block could sense that we weren’t in the right state of mind, they would lift the block at the last second so that we would miss and not hurt ourselves. People who missed three times would go to another section of the room to do the same activity with their foot, trying to break the block with a stomp which was less risky.

Many people broke the block on their first go. As I went to hit my block, Scott moved it away and shook his head. The same thing happened on my second attempt. He then paused and mimicked my posture and energy (or lack thereof) from which I was trying to break the block. It looked a bit wussy. He then demonstrated how I needed to be, how I had to become centred from my core, with a stronger stance and a more determined thrust of my arm to break the block. I had one go left.

I still have that piece of wood, and it’s broken in two. It’s a reminder that I can do what I previously thought I was incapable of. I broke that block of wood with my bare hand.

Coping and keeping a positive attitude at this time does not mean we can never be concerned or sad – it’s only natural, given the suffering, sickness and deaths that have occurred as a result of COVID-19. I understand the fear and uncertainty regarding not only health, but also finances, job security and loneliness due to social isolation.

On a collective level, we can do what we can to reach out and help each other (even if it’s just a phone call to someone who needs a chat). I am grateful for the many acts of generosity, kindness, and support that have been witnessed over the past month, not to mention the work done by medical professionals and other people who are helping to prevent things from falling into complete chaos. I have a renewed appreciation for workers who I haven’t always thought of before – delivery drivers, garbage collectors, and grocery shop staff.

On an individual level, there’s a lot we may be able to do to improve ourselves, possibly with more time and less distractions than ever before. So going back to the original question, if this were a game, then how would you play?

What are you going to do?

Are you going to give up?

Who can you help?

What can you learn or transform in yourself?

Who are you going to be while the world experiences this pandemic?

This situation can bring out the best or the worst in us. If we want the best part of ourselves to show up, we need to trust that we can make that happen.

I hope that you and the people you care about are as safe, healthy and peaceful as possible. For anyone who is unwell, I wish you a speedy recovery. May we all do the best we can.