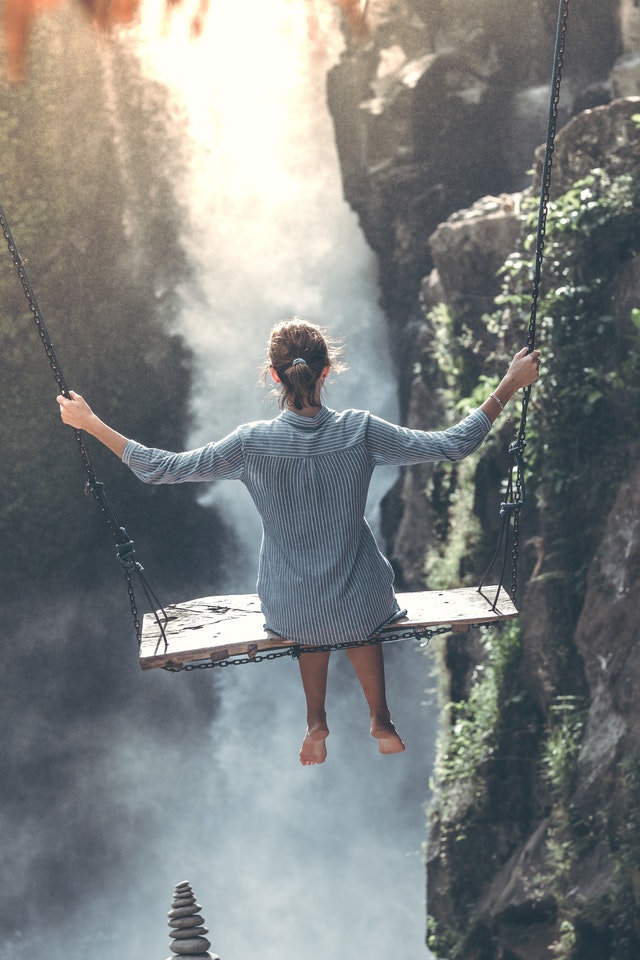 In a battle or war situation, surrender is not considered ideal. It’s a last resort, an admission of defeat, acknowledging that the goal of victory was never achieved.

But in the context of following intuition, surrender does not mean defeat or failure. And contrary to what many people believe, it is not a passive way to live one’s life.

Here are a few examples of what I’ve done due to following my intuition, which I’ll return to again later in this article:

None of those things above would have happened if I’d remained passive. On each occasion, the intuitive push led me to take action, even while my mind protested that such action could be risky, unwise, or at the very least a complete waste of time.

If you’re someone who believes that surrendering to your intuition is passive, then I would want to ask: ‘Have you really listened and really followed your intuition on a consistent basis?’ The reality is that people tend not to do this, because it’s not easy and it’s not passive. It’s bold. If you really followed your intuition, you would find that it nudges you to do things that stretch you beyond your comfort zone, that push limits in a positive way, and build strength of character. In short, to surrender to your intuition often requires a lot of action and a lot of courage.

You might worry that it’s irresponsible to surrender to your intuition, or that it would mean you blindly follow something that’s unreliable. However, surrender doesn’t mean that you throw your logic out the window. Being bold doesn’t necessarily equate to being stupid.

I used to be asked, when doing something seemingly crazy to follow an intuitive hunch, “Well, if your intuition told you to jump off a cliff, would you do it?” If I thought my intuition was leading me to jump off a cliff, of course I would think twice! I would use discretion, and I would question where it was coming from. It would depend on the context. Maybe my intuition wants me to bungee jump, in which case that could be fine. Maybe there’s a net at the bottom and I need to jump off the cliff due to an emergency of some sort. I don’t know. All I know is that it’s a rather extreme example, and guess what? My intuition has never led me to jump off a cliff and I highly doubt that it ever will. That kind of response only serves to demonstrate how reluctant and suspicious some people can be about the value of trusting our intuition!

To go back to that list of things my intuition led me to do, here’s what occurred afterwards:

As opposed to being irresponsible, I believe that surrendering to our intuition is the same as submitting to our highest intelligence and creative potential. And far from being passive, following our intuition is one of the boldest things we can do.

If you would like to learn more about how to follow your intuition more consistently, consider signing up for the online Clear Channel course which is on track to commence in early 2021.