One Minute a Day Keeps Procrastination at Bay! 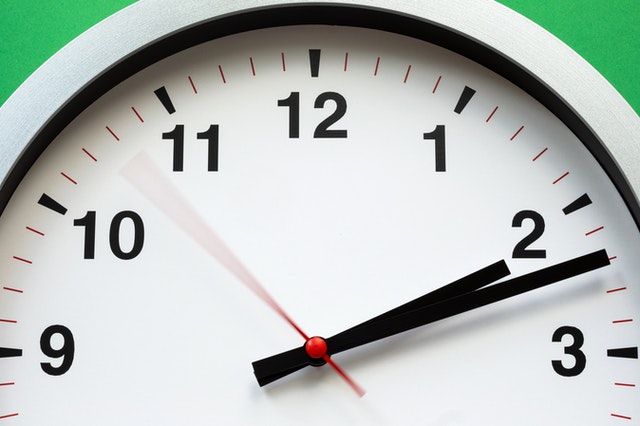 Some exciting news – my latest book You Crazy Vegan: Coming Out as a Vegan Intuitive has been accepted for publication!

Here’s an excerpt from the book that touches on the process that led to the writing of it, and how it differed from the way I began my earlier book, Channel:

“This book did not clearly start out as being a story about coming out as a vegan intuitive. It was in early May 2019 when I felt as though an idea for a book was somehow being formed inside me. I was confused but also a little excited. I recognised it as something that would soon gain more substance, as my own enthusiasm would no doubt allow it to grow.

“This all felt very different compared to the process of writing Channel. For that book, it was if I had received a download of sorts, one that was relatively straightforward and clear enough to understand. You Crazy Vegan started off as a puzzle, more like a connect-the-dots game. It reminded me of one of those incomplete drawings offered to Mr Squiggle, the central character in that old children’s TV series of the same name. My consciousness took note of the few squiggles that it had been given, along with the sense that I should be adding something to those abstract squiggles to make them mean something. I tried to work out what the book would be focused on, but my only ‘instruction’ – the main squiggle – was that it was to have a vegan theme.

“I have never been the most outspoken, confident vegan out there, and so I approached this project with some trepidation. It seemed, at least in my opinion, that I was not the best candidate for writing a whole book on veganism. But then it dawned on me that it had been less than three months since Channel was published, with its core message of the importance of opening ourselves to receive and follow inspiration. With that in mind, how could I not follow this impulse? Originally, when I first started writing Channel, I wasn’t comfortable at the thought of sharing my intuitive beliefs and other experiences either. By the time it was released approximately two years later, I didn’t care quite as much. With that in mind, I considered that perhaps it wouldn’t be such a terrible move to write this new book. Maybe by the time of its completion, I would have managed to just get over myself and my self-consciousness.

“Not long afterwards, a whole flood of ideas, memories, and words came to me which I scrawled down on paper. I went from feeling pregnant with this book one afternoon, to being ready to spill out my baby in ink over the next few days. It was still unclear as to how all of these ideas and disjointed memories would fit together, but I felt enthusiastic about figuring it out nonetheless.”

One Minute a Day

The approach I used to complete this book was the same as for my last one: I committed to spend at least one minute a day writing it (except on Sundays, which I guard carefully as my one day off any type of work).

Of course, on some days I spent more than one minute on the book. There were days when I wrote for hours at a stretch, and other days when I only wanted to write for 10 or 20 minutes. But there were also many days when I didn’t feel like writing at all, and when I almost talked myself out of it. What I found is that a commitment of one minute is really hard to argue with, even at the peak of laziness! It’s such a tiny amount of time. The irony is that once I get started, it can be quite challenging to stop after one minute – I tend to want to do more.

As explained in the Acknowledgements section of Channel, I was introduced to the one-minute-a-day idea by another writer who I once shared an office with. When I told her that I was working on a book and asked for advice, she said to write for one minute a day. Her wise words were, “What can you do in one minute? Well, more than you can do in zero.”

We all know the benefits that can result from keeping a positive daily habit, but I was kind of surprised that a mere one-minute commitment could do the trick. In some ways it was easier than committing to a more sensible plan – say, one hour of writing a few times a week – because the daily momentum allowed me to feel that I was continuously in touch with the project, I didn’t forget where I was up to (as used to happen with other projects prior to adopting the one-minute-a-day rule), and on those days when I wanted to work for longer, it felt like the flow was always there to tap in to.

I’ve mentioned The Artist’s Way, a book by Julia Cameron, in previous articles. It would have to rate up there in my top three books for the impact it’s had on my life. I started writing my “morning pages” – 3 pages of continuous writing every morning, on whatever I feel like writing – after it was suggested in the book. I’ve been doing that for 19 years now. On the rare occasions when I skip a day, for example when I’m travelling, I make up for it the next day by writing 6 (I think my record was set at over 20 pages in a day, after I’d missed a whole week of writing!).

When I sometimes tell people about the morning pages, the response has been, “You must be very committed.” Am I, though? Am I “committed” to eating multiple tubs of coconut yoghurt every week? No, but I often do. Indulgent, yes.  Enjoyable, yes. Huge commitment? Uh, no.

That’s how I feel about the pages. It might look like a commitment from the outside, but from inside it feels like both a necessity and a luxury I continue to enjoy. Looking back at the first year or two after I started that habit, there were times when I went blank, thinking, “What do I write on this page?” Or I wrote “I don’t know what to write” repeatedly – it was the only way those 3 pages would get written. Those blank or stuck moments don’t happen anymore. Maybe they were symbolic of blanks or “stickiness” in other areas of my life at the time too. As the daily habit of writing continued, I became gently unstuck in more ways than one. Some things can’t be forced, including creativity, which is nurtured by habit and a sense of trust. The day before this topic came to me, I had no idea what I would focus the monthly update on. Literally no idea. Then in the morning, I wrote this down at the crack of dawn on the same pad of paper that I keep near my bed to write my morning pages, every morning.

I’m sure this can apply to activities and habits beyond writing. If you’re stuck on something you want to complete or start or explore, consider spending one minute a day on it. Whether it’s clearing clutter, playing a musical instrument, learning a new language, planning a big event, or finishing a long-term project, committing to one-minute a day might be more effective than putting pressure on yourself to set aside a more significant chunk of time for it. How often have you heard people say that they wanted to work towards a certain goal or engage in an activity that seemed to matter to them, only to postpone it for weeks, months or even years?

If there’s something that you feel happy about doing every day, then it won’t feel like a chore or a huge commitment. On the other hand, if you dread doing that thing for even one minute a day, maybe it’s worth considering the possibility that you could just drop that thing from your life. The alternative is that you spend precious time on activities or projects you don’t like or appreciate, or you might end up not spending any time on them at all because you don’t want to, while still feeling guilty about procrastinating.

So maybe choose something you've wanted to do but have been putting off, and try to devote one minute a day to it. One minute a day keeps procrastination at bay!