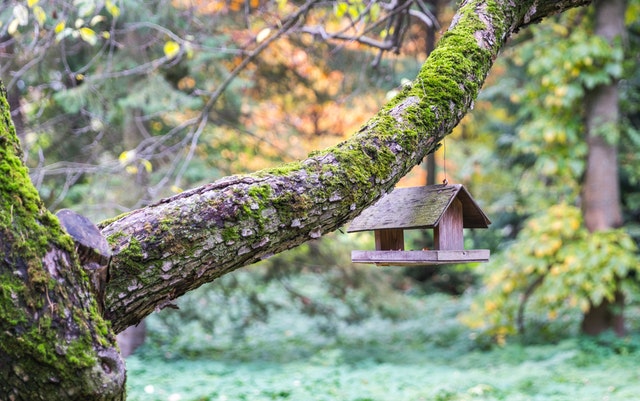 Depending on where you currently are in the world, you may or may not be aware of the awful bushfire situation in Australia that’s been going on for the past couple of months. With the destruction of bushland, there have been people who have died, others who have lost their homes, and obviously countless animal lives lost.

I was recently at a meditation retreat centre where we were all evacuated on the first day of a course due to the threat of surrounding fires. Face masks were provided and one person told us that she had an asthma attack shortly before we left, which was the first time for her in almost a decade.

Even in the city, there have been days when ash was visibly floating around and the haze from smoke made it hard to see. Many people have had difficulty breathing due to the poor air quality. It made me realise how easy it is to take for granted the availability of fresh air, the value and beauty of our natural environment and wildlife, our health and the safety of those we care about, when those things are not clearly threatened. Of course our belongings and homes are important as well, but often those things can be replaced to some extent. It may seem corny to say this, but I think it’s always worth asking ourselves what we’re grateful for each day and to appreciate what we have right now, as there’s no guarantee those things will be around tomorrow.

Within a week of returning home after the evacuation, I stumbled across a YouTube video: Joshua Fields Millburn on the Power of Being a Minimalist with Lewis Howes. I found it to be relevant to the topic of appreciating what’s really important, and how we often lose perspective especially when we get preoccupied with accumulating physical stuff.

I listened as Joshua Fields Millburn explained how having less can actually add more value to our lives. He shared his own story of how he discovered the benefits of minimalism, and I was reminded of the importance of surrounding ourselves only with things that have a purpose or bring us joy. (This idea of only keeping items that “spark joy” is also well-known through Marie Kondo’s book, The Life-Changing Magic of Tidying Up, which happened to be published in the same year that Joshua’s book Minimalism: Live a Meaningful Life, co-authored with Ryan Nicodemus, came out in 2011). Josh spoke about some interesting experiments too including going a whole year without buying anything other than food and toiletries. I particularly liked something he said towards the end of the interview, which was “love people and use things”, because it never seems to work the other way around.

In some ways I think I’ve been a minimalist for much of my life, even if I didn’t know there was a word for it. I remember a previous colleague who told me that she could always tell who was approaching the office from the corridor because she was able to listen and recognise everyone’s unique way of walking. I asked what I sounded like, and she told me I had a “graceful stomp” – two words that I didn’t think fit well together! She explained that from the way she heard my footsteps, it sounded like I was walking gracefully, but she added the word “stomp” because of the boots I always wore. Through our conversation and her description of other people’s walks and shoes which changed from day to day, it led me to ask the question, “So do most people wear different shoes every day?” She told me yes, and that she herself had many pairs of shoes for work, not to mention for other activities, which she kept very organised in numerous shoe boxes. Although I owned more than one pair of shoes, I found that I often did wear the same pair each day because they were the most comfortable, and I had no desire to shop for more. At one point, the majority of my wardrobe consisted of clothing items that had been received as gifts from others. I wasn’t trying to deprive myself, I just never particularly enjoyed shopping for clothes and felt okay about what I had.

I’m certainly not averse to having nice things, but I prefer to spend on interesting experiences, learning, giving to others or travelling rather than physical possessions. I once worked at a book warehouse where the co-owner told me that he and his wife never bought presents for each other on their anniversary, Valentine’s Day, Christmas, etc, but rather they chose to use their money on a dinner, or a weekend getaway, or other experiences. I thought that sounded like a great way to celebrate special occasions. Some of my favourite and most memorable gifts that I’ve received from others have included experiences; for example, being surprised with tickets to a magician’s show many years ago, or being stretched beyond my comfort zone by agreeing to learn trapeze for my birthday.

In addition to not buying lots of stuff, I also like to periodically clear out the things I already have. In my late twenties I planned to go through a career change to become a professional clutter clearer. At the time that I went overseas to undergo my intuitive training, I had already done Part 1 of a three-part professional clutter clearing course. Initially, I assumed that the intuitive training might enhance my skills on this new career path rather than become my main focus, so I didn’t expect that I would end up letting go of the clutter-clearing dream in order to throw myself more deeply into my intuitive work. Still, clutter clearing with the aim of lifting our energy and allowing more fresh, new and exciting experiences or things to come into our lives remains a strong interest of mine.

In fact, it was only a few days ago when I tried to tune in before offering an intuitive consultation for someone, and I noticed that I felt blocked, so I opened my eyes to look around. I saw that there were several bags of materials that had recently been moved into the room after my husband brought them back from his workplace. I wanted to persist without having to get up, and attempted to tune in again but eventually I gave in and moved the bags to another room. I had never been so clearly aware of how an excess of physical objects could impede upon my ability to meditate or prepare for a consultation before (and most probably affect my mental state in general too!).

So, I’ve decided that I’d like this to be a more conscious minimalist new year for me. I’d rather not go to the extent of avoiding the purchase of any material items (not counting food or toiletries) as Joshua Fields Millburn did, but I do want to take on the challenge of throwing out or giving away at least one thing I no longer use or love, each day, for a whole year. I might even extend this to electronic clutter too, such as by deleting email that’s no longer needed. And when I do decide to buy something that isn’t in the category of food or toiletries, I want to be sure that it’s something I’ll really love or enjoy using.

If this sounds appealing to you as well, please join me in this challenge. It might even be fun :)