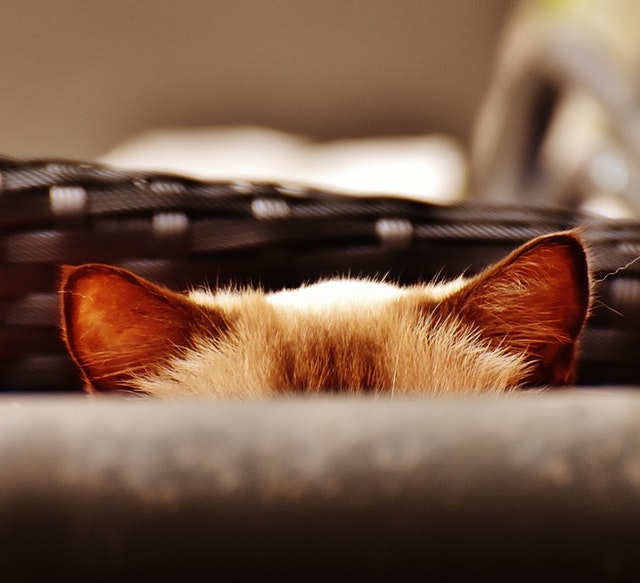 There’s a new book I’m hoping to have released later this year. I’ve written Part I, with rough outlines for Parts II and III completed. The current subtitle of the book is Coming Out as a Vegan Intuitive.

In the introduction, I share a memory of being publicly shamed and physically slapped as a five-year old by another child during a lunch break at school. This occurred after I had eagerly raised the story of the Buddha and what I believed he could do, based on a picture book that my dad had bought about Prince Siddhartha (the man who eventually became known as the Buddha or ‘Awakened One’). I recall being so confused by this little girl’s response, and the lesson I took away was that it’s not safe to share what really matters to us, such as our spiritual beliefs or anything else we may care about. People are unpredictable, and we might get hurt if we’re too open.

Later on when I became a vegan and then a professional intuitive, I found it very difficult to be open about these aspects of myself. When I announced I wanted to be vegan 10 years ago, I was met with a lot of social disapproval, some of which continues to this day. In a way it wasn’t as bad as when I chose to become vegetarian 20 years ago, because I was younger at the time and it was just assumed that I was experiencing an immature teenage phase that I needed to be talked out of. I often wanted to keep my eating preferences under wraps as a result.

I remember reading in a magazine that singer K.D. Lang had received more hate-mail about her dietary choices than her sexuality, which led to her statement: “It was easier to come out as a lesbian than it was to come out as a vegetarian.” These days it’s not so odd to be a vegetarian, and even veganism is growing in popularity, but in my social circle it’s still definitely not the norm.

The book I’m writing has an underlying theme of freedom. It can be incredibly freeing to share who we really are. I’ve always felt some admiration and often a touch of envy when encountering other professional psychic mediums, tarot readers, and intuitives who openly share what they do no matter who is around them. I never used to find it easy to answer the question, whether from friends or strangers, “So what is it that you do, exactly?”

I enjoy learning about other people’s processes for tuning in before and/or during a psychic reading, so in the interests of properly coming out as a vegan intuitive to live up to my book’s subtitle, I am now sharing my own.

I won’t ever provide a reading or consultation without tuning in first. The first step I normally take is to sit down and close my eyes in order to allow my mind to settle. Then I visualise and feel my main chakras opening up one by one, starting with the root chakra, up to the sacral, solar plexus, heart, throat, and third eye chakras before pausing at the crown chakra. At the crown chakra, I see a column of white energy above and proceed to travel up that column with my awareness.

The next thing I say is an adaptation from a prayer found in A Course in Miracles:

“I am here only to be truly helpful. I am here to represent You who sent me. I do not have to think about what to say or what to do, because You who sent me will direct me. I am content to be wherever You wish, knowing You go there with me. I will be healed as I let You teach me to heal.”

These words remind me not to get attached to a particular outcome, or to freak out about needing to perform a certain way or offer a service that is guaranteed to please people. Ironically, this reminder actually helps me to provide consultations which are more likely to please and satisfy clients compared to what would happen if I were to indulge in worry and performance anxiety.

I then continue with a few repetitions of the following questions, again based on A Course in Miracles:

After I reach high enough above the crown chakra, I feel the space open up and enter what my intuitive trainer has described as the “white room”. I greet my conduit guide* before silently stating the following intention:

“May I be a clear channel for Spirit, and connect to the higher self, angels, spirit guides, celestial beings, ascended masters and God of myself and my clients today. May I allow You to work through me to give a clear, accurate, inspiring, empowering and outstanding experience for the highest good of all concerned.”

It’s certainly a mouthful, but it’s good to have all bases covered!

Once I complete this statement, I tend to receive the impression of a group of guides appearing before me, as though they’ve just walked through a door (normally on the upper right hand side of whatever room I’m in; I have no idea why!) Sometimes it feels more like a collective energy, other times I get the sense of very distinct presences coming through. Once they’ve ‘arrived’, I wait to receive instructions. Those instructions typically come through clairaudience (receiving words) or clairvoyance (receiving images), and sometimes both. I also stay alert to what I feel during the session (clairsentience), as that will often become relevant – for example, if I feel a twisting in my gut when someone describes a new job opportunity, it may indicate that my client is either nervous about the opportunity or senses that it’s the wrong move for them even if it looks great on paper. Lastly, I rely on claircognisance, or ‘clear knowing’, whenever possible, as I find it’s often the most reliable of all the clairs or intuitive abilities at our disposal.

When I used to offer more standard intuitive readings, I would end the session after the final message had been passed on and then complete a ‘tuning out’ process on my own. Nowadays during an intuitive consultation, I invite the other person to participate in this process with me. Having already entered their own ‘white room’ through being guided to open their chakras and set a personal intention, we both thank the spiritual presences that have helped provide information or guidance during the session, before returning the way we came.

I repeat a version of my original intention that was set, before travelling down that column of light. I then repeat the same phrases that I said silently to myself on the way up. Once I reach the crown chakra, I proceed to visualise the energy of each chakra draw in slightly, so I’m not too energetically open when I leave the room to go outside into the big wide world.

I engage in a variation of this routine each morning, whether or not I’m working with any clients. It’s one of my favourite parts of the day. I’m often amused that learning to tune in and developing my own unique process to connect with spiritual presences has been the most rewarding thing to come out of my professional intuitive training, more so than being taught how to start an intuitive business. I guess we can never fully know where a particular path will lead or what benefits may come of it until we start to travel along that path …

I hope that this process of coming out as a vegan intuitive might help others to share their true passions, opinions, and desires too. I know I’ve been helped tremendously through other people’s willingness to share details of their lives, even though such personal information can leave them feeling vulnerable. The more we show who we really are, the more probable it is that others will feel safe to do the same. I’m not proud that I was so reluctant to share important things about myself for such a long time, but I’m much more open now than I was even a few years ago, and much, much more so than during my school days.

* Here’s an excerpt from Chapter 2 of my book Channel to describe the purpose of conduit guides:

‘One of the first things I was taught about from my intuitive mentor, before I even commenced formal training, was the existence of conduit guides who are believed to assist people in the process of using their intuitive ability to help others. Professional intuitive readers tune into their client’s guides rather than their own, and they are normally assigned a conduit guide to help “boost their signal”, which allows a clearer connection to be made with others’ guides. At the same time, a conduit guide can help to protect the energy of readers so that they don’t feel drained at the end of a full day of readings. I was told that conduit guides exist for anyone on a professional path of using their intuitive ability, whether or not that professional ever makes conscious contact with them.

‘Conduit guides are said to differ from spirit guides in that they are not there to give practical advice or pass on any messages, but rather to specifically assist with tuning in and connecting to other spiritual beings. My intuitive trainer used the analogy of a bouncer when describing our conduit guides – they keep guard and only let beings come in and communicate when it’s appropriate, and then show them the door when it’s time to go. They will also allow a professional intuitive to switch off and relax when work is over, as opposed to letting spirits continue to pass on messages while off the clock, so to speak.’