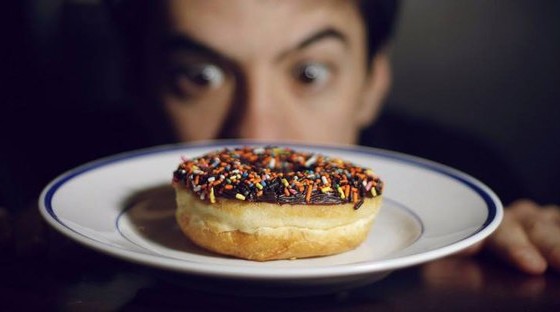 A lot of us find it really tough to say “no”, and if we do manage to say it, we sometimes feel ridiculously guilty. We are social creatures and the potential to upset others or face disapproval from those we care about (or even from people who we don't know very well) can lead us to accept things we would have preferred to decline.

As most people in our society are not vegan, it's very normal to be offered non-vegan food, particularly if you've just started trying out a vegan lifestyle or if you haven't told many people about it. Before we go into tips about how to effectively say “no” to others, it's worth considering the need to say “no” to ourselves first.

Learning to Say "No" to Yourself

I remember hearing my mum talk about how horrified she was after being told by a friend that he loved the smell of barbecued cockroaches, as they were considered a delicacy in his culture. I have no doubt that Mum wouldn't have needed any assertiveness training or additional skills to decline such a “delicacy” if it had been offered to her. It's when things are still tempting to us that there's a risk of not being able to refuse them properly.

When I chose to go vegan, I noticed it wasn't easy at the start to say “no” to foods that I was used to eating and enjoyed the taste of (such as cheesy pizza or ice cream). At that time though, saying “no” to meat was not at all challenging like it was when I first gave it up. My ability to refuse meat was strengthened by the fact that I had no desire for it anymore, so I didn't have to worry about my own temptation leading me astray!

So how can we learn to “no” to ourselves? One way is to write down every single thought that might lead you to accept a non-vegan offering, even after deciding in advance that you don't want to.

Just for fun, you can try visualising a little cartoon angel on one shoulder and a little cartoon devil on the other shoulder. You've probably seen this kind of thing in children's movies when the main character was experiencing some sort of inner conflict or trying to make a decision. The angel will whisper in your ear (just like your conscience, or Jiminy Cricket if you've seen the Disney cartoon Pinocchio) to encourage you to make a “good” choice, while the little devil will want to push you over the edge and give in to temptation. One example of the angel/devil dialogue that a lot of people can relate to could go something like this:

·         Little angel: “You know how hard it is to exercise unless it's first thing in the morning. You've felt so good this week since starting your health kick.”

For every thought that could lead you to say “yes” to non-vegan offers when you would actually prefer to say “no”, come up with a new thought that will allow you to stay strong at times when your willpower is tested. Remember why you decided to go vegan in the first place, whether it was due to feeling compassionate towards animals, caring about the environment, wanting to improve your health, or for any other number of reasons.

Saying "No" to Others When Offered Non-Vegan Food

Offering food can be an expression of love, caring and social bonding, so it's normally worthwhile to express your gratitude when people offer you food, even if you aren't going to eat it. You can say something like, “Thanks so much – I don't actually eat cheese because I'm vegan, but I really appreciate you offering me some”. Better yet, let people know in advance that you're vegan so they're much less likely to offer you non-vegan food. Sometimes well-meaning people will forget, or won't be sure what vegan means.

There's often an assumption that you have to act a little aggressively when refusing something, or at least offend people in the process, but that isn't true. Remember that although you can't control how someone else will act, you can always make sure that you respond in a way that is polite, respectful, and acknowledges the effort another person may have gone to when preparing or buying food for you.

If you’re sure that you want to refuse something, then communicate that to the other person both verbally and non-verbally. Maintain eye-contact, don’t slouch, and speak clearly. People often send a reinforced message by the tone of their voice, indicating that their word is final and not up for debate. You don't have to narrow your eyes and hiss through clenched teeth, but avoid showing weakness in your resolve with indistinct mumbling or trailing off in uncertainty, which can give mixed messages.

Hesitation increases the risk of being undermined by your own doubts, and gives off the impression that you're not sure what you want to say. Say “no” straight away and, if you must, give a short reason why. Offering multiple explanations or long excuses can make you sound confused (or even boring), and it gives the other person more material to argue or challenge you on. Give a quick, clear response and try not to leave the door open for future offers (for example, by saying things like “maybe later on”, “not right now” or “let me think about it”).

If others are persistent and continue to pressure you to eat meat or other non-vegan food, you can repeat your answer as many times as it takes for the other person to get the message. Again, there's no need to resort to aggression. Sound like a broken record if you must, but keep repeating “no thanks” until the other person understands that you're not going to change your mind. If it gets to the point where you are sick of repeating yourself, then you can politely ask the other person to stop offering: “Thanks, but I'd rather not be asked about it anymore”.

If you ever feel guilty about saying “no” to non-vegan food, then remind yourself of your values, how important veganism may be to you, and always be gentle on yourself. It’s useful to imagine if your roles were reversed and consider, ‘If I asked this person to eat something they didn't want to, would they do it? Would I want them to feel pressured and uncomfortable? And if not, why should I feel guilty about saying “no”?’

Practicing saying “no” with a close friend or in front of a mirror might seem silly. However, it’s much better to feel sheepish in an environment under your control rather than feel intensely uncomfortable or end up compromising your values in a real-life social situation that you could have dealt with better, had you practiced. Every relationship is unique, so make a list of all the people who are most likely to offer you non-vegan food, and what you could specifically say to them in order to firmly but respectfully say “no”.

It's not enough to just write this down. Practice until it feels natural, and you are confident about your ability to decline non-vegan food in any situation. Eventually you will find that refusing non-vegan food is as easy as saying “no” to a plate of barbecued cockroaches!