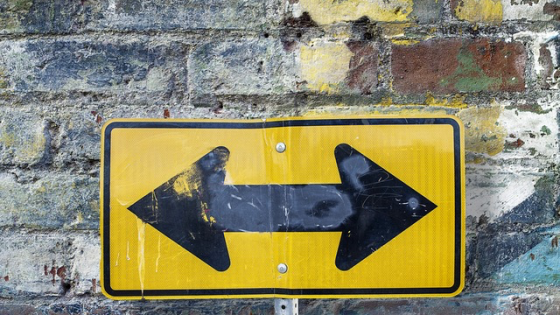 The word ‘lapse’ is commonly used when a person falls back into any unwanted behaviour or experience such as depression, drug use, binge eating, or another habit. A lapse is different from a relapse because while a lapse is typically very short-lived, relapsing involves returning to previous levels or patterns of behaviour without any clear indication of wanting to stop.

For example, if you have one glass of wine after several weeks or months of deciding to quit drinking, and then commit to having no more alcohol afterwards, then this could be considered a lapse. But if you go back to previous levels of alcohol use, such as having a 6-pack of beer every day, then that would count as a relapse.

According to the Australian Oxford Mini Dictionary, to ‘lapse’ means to ‘fail to maintain one’s position or standard’. Failure might seem like a harsh word to describe a temporary slip-up or mistake, but people often do beat themselves up when they have a lapse, especially when it comes to ethical issues and behaviours that they feel strongly about.

The tricky thing about lapses is that there's often a lot of shame and guilt associated with them, and ironically, this can actually increase the risk of people giving up on their resolve and choosing not to ‘get back on the bandwagon’, so to speak. Conversely, when someone is kind to themselves before, during, or after a lapse, then they are more likely to learn from the experience and stick to their goal or desired behaviour in future.

The Potential to Lapse

If you’re already vegan, it’s likely that the last thing you want to think about is the possibility of lapsing to non-vegan behaviour, such as by eating meat or dairy again. While of course there are some people who decide not to be vegan anymore after a certain period of time and are happy with that choice, for the purpose of this article the assumption is that you are vegan or are interested in becoming vegan, and would rather not use animal products again.

While it's tempting to deny that there's any possibility of having a lapse in future, the truth is that lapses happen, and it can be empowering to know that there are ways to plan in order to try and prevent them. Here are some questions you can ask to help you prepare for a potential lapse:

What could put me at risk of having a lapse?

•       Write down the places where you might be at a higher risk of lapsing. For example, at a work function BBQ, or during a social gathering at Yum Cha where the vegan meals are few and far between, or at a relative's house where you will likely be offered the same chicken soup you used to eat all the time when you were little.

•       Think about what other situations or emotions could lead to a lapse. Are you more likely to grab a meal at a drive-thru when you're tired and busy and have nothing in the fridge at home? (If there's nothing vegan on that drive-thru menu and you're starving, the chances of you having a lapse could skyrocket). What about after an argument? Or if you're feeling down or nervous and you just want some comfort food like that favourite milk chocolate bar you used to have as a kid?

How could I prevent this situation, or is there somewhere I could go if I need to leave?

•       Note down in advance how you might be able to prevent a particular high-risk situation. If a social lunch is being planned, could you suggest meeting at a cafe or restaurant where there are plant-based options? If the venue is already set, is it possible to call the staff in advance to ask if there is anything vegan on the menu, or if any meal can be changed slightly to make it vegan? Maybe you could keep some ready-made vegan snacks or frozen meals at home so if you get home late feeling tired and hungry, you know you'll still have something to eat. While it's not particularly healthy, you could consider going out and splurging on some vegan sweet treats so that if you do get a craving for certain comfort/junk foods, you'll have a vegan alternative there that's already in your possession.

•       Work out if there are any places you could go while you're feeling vulnerable and/or if you need to leave a particular situation – places where you know you're unlikely to lapse. For example, it might feel best to go home if you live in a vegan household, or visit a supportive friend, or go to a plant-based restaurant, or anywhere you enjoy going and where you normally do other things as opposed to eating – such as at the beach or park where you can walk and relax.

How can I put off my decision?

•       If you find yourself reaching for some non-vegan food while still feeling that you would rather not lapse, then put off your decision to eat it. Wait at least 10 minutes. You may feel it's easier to do this if you distract yourself during that time, such as by talking to others or doing something active. It often helps to remember previous occasions when you stayed strong in difficult situations. If you've done it once, you can do it again.

•       Write a list of coping strategies, especially ones that you can use in any situation that you won't always be able to predict. Some examples would include calling a friend, becoming aware of your breathing and slowing it down if you're feeling stressed, doing something you enjoy, etc.

What are my top reasons for being vegan?

•       After you've put off your decision for 10 minutes or so, connect with your most important reasons for being vegan, and then ask yourself if you still want to eat, drink, or otherwise use that non-vegan product. Your mind will probably be clearer just from waiting that short amount of time.

How can I celebrate?

•       Don't forget to celebrate! It's common for people to skip this step like it's a sign of immaturity to reward yourself for handling a high-risk situation well, but it's a really important step to take. Whenever you get through a high-risk situation and manage to stick to your decision to stay vegan, do something to celebrate. It can be as simple as taking out some time to read a bit of that novel you've been wanting to start, or schedule a massage, or just pat yourself on the back to acknowledge your efforts. It can help to ask what you'd say to someone else who had just been through a similar situation, e.g. “good job”, “that was tough but you're getting better at this”, or “well done”.

If you’ve ever had a lapse and are still feeling really bad about it, remember to go easy on yourself. Again, being overly harsh on yourself can sometimes leave you more vulnerable to another lapse rather than keep you on track.

Where there's shame, there's a tendency to hide what's happened, which can make it harder to get support or advice from others who may have some handy tips to share of their own about preventing such lapses in future. You certainly don't need to broadcast the fact that you've had a lapse, especially if you believe that a particular person or group of people might judge you or make you feel worse if you share that you've had one. In many cases though, there's a good chance that several of the people who you fear will judge you for having a lapse have actually had their fair share of lapses in their own life.

If you’ve had a lapse, it does not mean you are no longer capable of sticking to your values. Lapses can be learned from. A couple of great questions to ask straight away include: “What led to that lapse?” and “What will I do differently next time?”

The more you prepare for a lapse, manage high-risk situations well and celebrate your successes, the more confident you will be about your ability to prevent lapses from occurring. Just as importantly, your experiences and lessons may serve to help other aspiring vegans to deal with concerns about lapsing, to avoid becoming discouraged, and to stay committed to a vegan lifestyle in future.