The One Thing a Thai Monk Wanted Me to Know 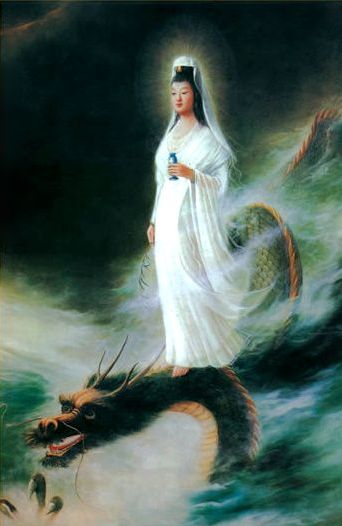 Last month I was lucky enough to be in Thailand during the nine-day annual Tesagan Kin Jay, or Vegetarian Festival (Kin Jay means “eat vegetarian”). The Kin Jay festival is celebrated by Taoists and Buddhists during the 9th lunar month of the Chinese calendar each year, and can be traced back to when the Nine Emperor Gods Festival took place in Thailand for the first time around 1825.

As a vegan, I was delighted to discover that when something is labelled “Jay” in Thailand, it means free from any animal products including egg and dairy. I assumed that I would be well-fed during my trip to Thailand due to travelling with the vegan-friendly tour company Veg Voyages, but I hadn’t realised that I’d be able to find tasty vegan food everywhere, from street vendors, cafes, restaurants, and both daytime and night-time markets, from Bangkok to Phuket and many places in between.

The festival ended with a literally explosive celebration, complete with fireworks in the sky and enough firecrackers at ground level to warrant having to wear face masks, hats and glasses. The people of Thailand certainly know how to party! (And to party while sober, no less, as alcohol cannot be consumed at any time during the festival).

During the nine days, we visited several temples devoted to Kuan Yin (or Guan Yin / Quan Yin). Also called the Goddess of Mercy or Compassion, she is considered the Chinese female equivalent of the more masculine Bodhisattva Avalokiteshvara. I listened with some amusement to the theory that Quan Yin is also referred to as the Vegetarian Goddess in South East Asia, as we heard that those who pray to her tend to become vegetarian over time.

My Dad was the one who bought me my first little Kuan Yin statue and poster, which I kept on my bedroom wall as a child. I found the image of her as shown on the poster to be particularly inspiring. She looked peaceful, clothed in a flowing white dress, pouring pure water from what I was told was a bottomless small jar (symbolising her ability to ease the suffering of countless beings) while at the same time standing on a fierce-looking dragon, riding the waves of an ocean in what appeared to be a tumultuous storm. It seemed symbolic of our potential to go through life with equanimity, composure, and powerful compassion even in the midst of chaos.

I admired Kuan Yin and what she stood for every morning as I awoke, would often visualise her later in the day, and she was the last thing I saw on that poster above my bed each night before going to sleep. If this could be considered a form of prayer, then perhaps – if the theory about the Vegetarian Goddess is true – it’s no wonder that I eventually stopped eating meat some years later.

It was ironic to think back at how Dad was so far from thrilled when I told him about the decision to become vegetarian as a teenager. Since he was the person who introduced me to Kuan Yin in the first place, perhaps it was actually Dad’s fault that I made this decision!

The One Thing a Thai Monk Wanted Me to Know

Apart from during the Kin Jay festival, most Thai people including Thai Buddhist monks do eat meat once the festival is over. However, our tour group had the opportunity to visit the Pathom Asoke village in Nakhon Pathom, a village which is 100% vegetarian all year round. During our visit, we attended a lecture given by a senior monk there who was approaching the age of 80.

Once the talk was over and we had the opportunity to ask questions, I raised my hand. We had heard a lot about the 5 precepts in Buddhism (i.e. refrain from killing, stealing, harmful speech, sexual misconduct, and intoxicants), the importance of regular meditation, and the Noble Eightfold Path consisting of the following practices: right view, right intention, right speech, right action, right livelihood, right effort, right concentration and right mindfulness. We also heard about the monk’s life, his community, and how their vegetarian lifestyle was perceived by neighbours (apparently they were thought of as a little weird by Thai people who resided outside of the village). There was a lot to take in, and I asked if there was just one thing we could take away with us from the lecture, and drawing from his many decades of practice and commitment to following a spiritual and meaningful life, what would this monk want us to remember?

The interpreter listened to the monk’s response and translated it into English for us. She said that the most important thing to remember is that that we now have a precious human life, so we should use it wisely and not let it go to waste.

Even if you subscribe to the Buddhist belief in reincarnation, it’s true that we only have this particular body, this life, once. If our consciousness does continue on after our physical death, there’s no guarantee that we will be reborn in a human body again next time around.

If the one thing we need to remember is that we should not waste this precious life but to use it wisely, then that leads to another important question … how do we do that?

I’ve heard countless times that the only way to live a truly meaningful life is to get in touch with our life purpose. Purpose can be such a heavy topic, though. I spent years obsessing over what my purpose could be, trying to find it somehow or work out how to create it (I was open to the idea that our life purpose is an innate thing to discover as well as the belief that we must create one for ourselves). But what if purpose is not something we have to work really hard at figuring out? What if there needn’t be this stressful, serious process of working it out at all?

In one of my high school biology classes, our teacher showed us a documentary on plants. I expected to be bored, but what I witnessed turned out to be fascinating. We saw plants trapping small creatures to consume them, and other plants that changed in mysterious ways in order to survive.

For example, there was one memorable leafy plant on which a particular butterfly would lay a bright yellow egg on each leaf so that when it hatched, the emerging caterpillar would have a whole leaf to itself so it had enough to eat. This was clearly not cool for the leafy plant. Amazingly, as a way to avoid being chewed on by a horde of caterpillars over time, this plant developed a small yellow-coloured dot on the centre of each leaf. The dot acted as an effective deterrent to the butterfly who would fly away in search of another empty leaf to lay an egg on.

It gets better though … the plant didn’t stop there. It became more sophisticated in its defence and formed a round-shaped little lump – bright yellow of course – in the centre of its leaves. The plant no longer had to rely on a small 2D spot of colour. It had grown what appeared to be an exact replica of the vibrant yellow egg of its nemesis. How did the plant know how to do that? Could it see? How could it have possibly known what the egg even looked like?

I was never raised to believe in God, but as I watched this documentary I remember saying to myself, “I think there might be a God”. And what I thought of when I used the word God was some sort of brilliant and creative universal force or power working its magic and colour and playfulness in the world with an intelligence that was beyond the scope of our tiny human mind.

Carnivorous plants didn’t require an instruction manual to learn how to catch small animals for food. The leafy plant needed no planning or strategic meetings with other plants in order to come up with such a smart solution to its problem so it could thrive.

What if we stopped trying to figure out what we’re supposed to do with our lives and just allow that larger intelligence to work through us as it seemed to do for plants?

What if we simply need to get out of our own way and be true to who we really are?

Could that possibly lead us to our highest potential in this precious lifetime?

Sometimes when I used to look at my poster of Kuan Yin, the Goddess of Compassion, I presumed that helping others was some sort of saintly, never-ending duty; a worthwhile cause but one that required sacrificing our own joy. I no longer believe that to be the case.

I remember my mother expressing guilt when she was creating art, as though she was being too selfish by having so much fun. She seemed to wrestle with the idea that there were other more productive things she could be doing with her time, such as household chores or various tasks for the family. And yet, I was happiest around Mum when she was happy. I loved watching her paint, not only because I found her artworks beautiful, but because her joy in those moments was often contagious. (It was Mum who created the painting shown on the cover of my book Channel: How to Be a Clear Channel for Inspiration by Listening, Enjoying, and Trusting Your Intuition.)

When we are happy, we’re more capable of acting compassionately than when we take on the role of a martyr. Can we stay strong for others and do our best work if we’re always suffering ourselves? And does anyone actually want to be with us for very long when we’re in such a state?

To be true to ourselves, to follow our intuition, to enjoy whatever lights us up, and to show who we really are – what Buddhists would call our inherent “Buddha nature” – so that others can see it is how we can enjoy a purposeful, precious human life that has the potential to bring joy to those around us as well.

As the American writer Anne Lamott stated, “Lighthouses don’t go running all over an island looking for boats to save; they just stand there shining.”