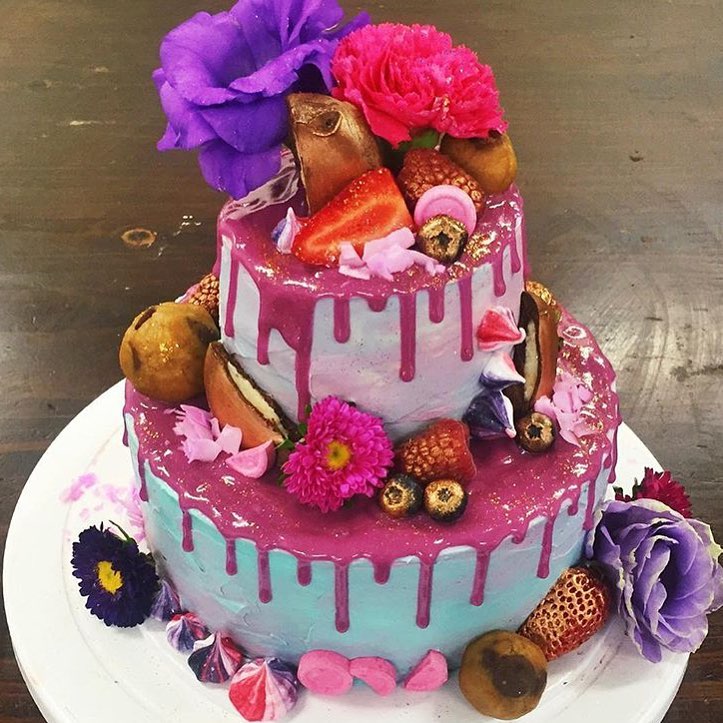 Late to the Secret

Last weekend I started reading ‘The Secret’ by Rhonda Byrne, more than 10 years after the film by the same name became available. I’ve never watched or read The Secret, but most people I’ve mentioned it to have come across it before, so I guess I’m a little late to the party!

As you’re probably aware, what The Secret actually refers to is the Law of Attraction – the understanding that your thoughts create your reality, which means that you can create whatever you want through the power of your thoughts. By the same token, if you spend a whole lot of time worrying about what you don’t want to happen, according to the Law of Attraction you’ll probably end up drawing those unwanted things to you, simply because you’re focussing on them.

To test out the idea that we can create with our thoughts or have our prayers answered by a responsive universe (it’s not always easy to distinguish between the two), you can try using your own experiments – unless of course you’re already actively using the Law of Attraction in your own life :)

To take a scientific approach to anything, you need to first have a hypothesis, test it, and then repeat the test to try and get the same results. That way, you know whatever result you got the first time was not a fluke.

I used to like asking for signs as a way of experimenting with the idea that there’s a higher power which can respond directly to particular requests. I remember asking, “Okay, if there’s a God, then you should be all-knowing and hear me when I ask this. If you exist, then show me …” and I would specify a sign. I kept repeating these experiments and the majority of the time the sign I asked for would show up.

I made the experiments more and more challenging in terms of what I believed that higher power (or my own thoughts, as the Law of Attraction would argue) could manifest in response to my requests. For example, while walking through a university library, I silently asked, “If you can hear me, then make the alarm go off as I walk through the doors, I haven’t taken any books”. As I walked through, you can imagine my surprise as the doors beeped. Turns out a guy had walked through at the other end of the library at the exact same time I did, with some books in his possession which had triggered the gate alarm.

On another occasion while on my way home, I tried to think of the most random sign I could, while making sure it was still in the realm of possibility. I came up with: “By the time I get home I want you to show me a balloon. Actually … no. That would be unlikely in the 5-minute walk home but let’s make it even harder. Alright, show me a balloon moving along with no one holding it”.

I got home, and saw no balloon. It seemed that I had finally created a task too difficult for the universe to respond to! As I walked through the door though, my mum handed me the landline phone as my boyfriend had just called. He was calling from a phone booth on his street, and shortly after I started talking to him he said, "This is really weird. There's this balloon, it's just moving along around this phone booth, and no one’s holding it."

He used almost the exact same words that I had used when describing the sign I wanted only minutes beforehand. If you think it might be fun to do an experiment like this, try asking for small signs at first, and work your way up to asking for a ridiculous sign that would be difficult to dismiss as a coincidence.

It was in ‘The Artist’s Way’, a book by Julia Cameron, that I first came across the idea that many people feel afraid of their own creative power and freak out at the idea of a God or responsive universe – as though by having our wishes granted after we ask, we feel that we’re being watched a little too closely.

These sorts of experiences can be a little disconcerting at first. But the more you get used to them, the more exciting the whole process becomes, and the possibilities for creating what you want seem endless.

I’ve touched on the topic of surrendering a lot lately, and it might appear unnecessary to surrender (to God, the universe, our crazy intuitive hunches) if we have the power to consciously create whatever we want. But how many times have you asked for something you thought would bring fulfilment, only to find that it didn’t end up making you happy? If you surrender and allow yourself to be guided by that same creative force that has the power to deliver what you want to you, then it might also be powerful enough to bring amazing things into your life that you couldn’t have imagined or believed could happen, if you’re willing to let it.

Surrendering though, can lead to another issue where fear comes up about either not hearing our intuition and guidance correctly after surrendering to it (and therefore facing the risk of taking misguided action), or about the potential to be guided to do something painful or unpleasant, perhaps for the sake of some worthwhile long-term outcome.

Learning to co-create means that we can make use of our creative energy while also letting go of attachment to a particular outcome, and surrendering to the potential for things to turn out differently than we first expected. I was reminded of this concept of co-creating this week, after the very important task of ordering a birthday cake!

My younger sister turned 30 on Monday and for the longest time was unsure about whether to get a cake or not as part of the celebration. She chose not to have one the year before, and it didn’t seem like it would be a big deal either way.

Last Friday she decided that she would prefer to have a cake, and with only a few days’ notice it was going to be tricky ordering a special cake for her. She decided that a vanilla/chai/caramel cake sounded nice. After planning to contact the woman who could make that flavoured cake, I found out that she is usually booked out 3 weeks in advance, does not have a contact number listed on her website, and her business would be closed on Sunday and Monday (it was late Friday afternoon by this point). Tempted to give up, I reminded myself that this was for a special occasion and that with enough determination and belief in the ability to create what we want, anything was possible!

Long story short, I eventually got in contact with the lady, who agreed to bake the cake even with such late notice. I mentioned that my sister likes vanilla, chai and caramel. Then the cake-decorating expertise of this lady came into play.

“How about I make a three-tiered vanilla chai flavoured cake with caramel filling, white icing and some decorations on top?”

I said that sounded great, and that although my sister likes colourful things (her favourite colours being aqua and purple), I told her I’d be happy with however she chose to decorate it.

“I could put some berries on top, and I’ll see if I can use edible flowers too to add some colour”.

I told her that my sister loves edible flowers, and given that they’re not very common and not so easy to find at the moment, I hadn’t even considered it as a possibility.

After ordering the cake I remembered that I was scheduled to work 9-5 on the day it needed to be picked up, with the shop closing at 3pm. I received a few messages from family members to let me know they couldn’t pick it up either. I surrendered to the situation and trusted that this cake was somehow going to make it to my sister for her 30th. In the end my brother came to the rescue and picked up the cake. It turned out to be the vanilla chai and caramel cake as planned, decorated with colourful edible flowers, berries and unexpectedly covered with aqua-blue icing with a hint of purple – all delivered in time for my sister’s birthday dinner.

I admit this is a relatively trivial example. Still, it suggests that not only in specific situations but in life generally, it helps to ask for what you want, offering your own ideas and creative power to the universe, while also being open to an even better outcome and other possibilities you may not be aware of yet. Then surrender and trust that your co-creation will be delivered in time for you and your loved ones to enjoy :)