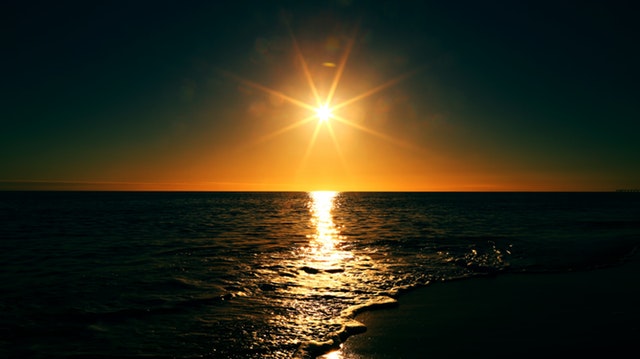 I didn’t even know what an equinox was until my mid-twenties, and even then I was only vaguely aware that it had something to do with the beginning of longer days of sunlight from springtime, and the beginning of shorter and darker days starting in autumn.

More specifically, the equinox marks the point of the earth’s cycle when its equator crosses the centre of the sun, and our day lasts as long as our night. There is a March equinox and a September equinox every year.

Some spiritual seekers believe that the equinox (and particularly the days and hours leading up to it) is an important time when spiritual planes of existence are closer to our earthly plane, and therefore spiritual guidance and forces are more accessible at that time.

The equinox is also meant to be a great opportunity to set new intentions for the half-year ahead. The autumn equinox is good for letting go and dropping anything that no longer serves you, while the spring equinox is better for “blooming” and creating new things in your life. With either equinox, it doesn’t hurt to set the intention to make a positive shift and transform your life in some way.

It’s interesting to tune in to the space around and above you before an equinox. Maybe it’s just my imagination, but it often feels as though the space is ‘pregnant’ with possibility, and that sense of potential becomes stronger until it actually hits the exact time of the equinox, at which point it’s almost like something drops or plateaus.

The last equinox occurred fairly recently on Monday of last week. If you missed it, it’s certainly not too late to set new intentions, as 2017 is actually the 1st year of a 9-year cycle.

I was quite amused by the fact that during the first two months of this year, almost everyone I spoke to was either starting a new job or career and/or moving to a new place to live. Some had been looking to buy a home for ages, others had no idea that their lease was about to be cut short, and several people had to move out for unexpected reasons.

I’d never heard of the importance of 9-year cycles until a couple of weeks ago. I was listening to someone talk about the fact that this year is good for starting new things, and that 2016 probably involved more struggles than usual and a need to let go of old issues, baggage, etc.

Since I heard about the 9-year cycle, I’ve mentioned it to a few people who’ve exclaimed, “Yes, that makes so much sense! So many new things are happening for me already this year…” This got me curious and led me to do a bit of research on the topic.

A quick internet search on the 9-year cycle led me to an article titled, ‘Numerology explains: Why was 2016 so hard?’ As I’ve shared before, 2016 was a very challenging year for me which led me to try surrendering in a way I hadn’t done before (I really didn’t feel like I had much of a choice!), but I’d never considered numerology as playing any part in it.

Apparently, there are Universal Years in addition to Personal Years, and these Universal Years are supposed to affect the energy of everyone on the planet. Last year was a 9 Universal Year, i.e. the final year of a 9-year cycle. According to numerologist Felicia Bender:

“Everyone on the planet just experienced a year where conclusions, letting go, surrender, loss and transformation were key themes. You felt this, didn’t you? From the macrocosmic level of world politics to the microcosmic level of our unique personal lives, it simply wasn’t business as usual. The ultimate challenge of a 9 Universal Year: handing over control and trusting something higher than our individual will. …”

A ‘1 Universal Year’ is the start of the 9-year cycle and is believed to lead to new beginnings for people – not just affecting a few of us at a time, but influencing all of us as a more collective type of energy.

Summing everything up, it seems that one of the main lessons from last year was to surrender and not hang on to the past, which in turn will help us to move forward in this first year of a brand new cycle.

To finish off, here are some more words from Felicia Bender about what this year might mean for you and all of us:

“The energy of the 1 is all about independence, initiation, achievement, and creative individuality. 2017 is the beginning of a new chapter for the world. It’s a start. It’s a year of initiation for a whole new 9-year cycle on a global scale.”

I hope that this time is the beginning of an amazing cycle for you.