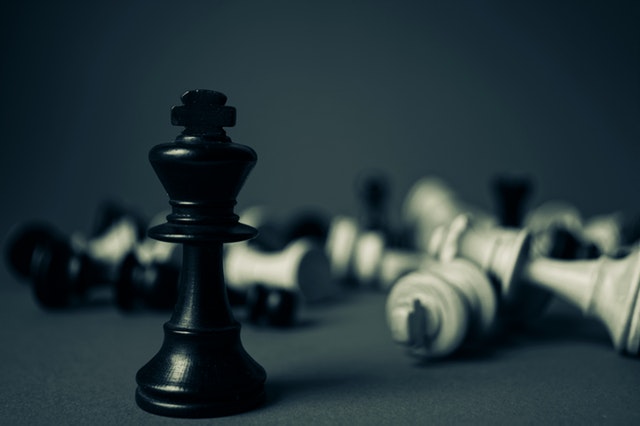 There's often heavy disapproval around quitting, whether it's from people around us, or from within ourselves. Have you ever been told to persevere with something, even when you want to quit? Or do you tend to be quite harsh on yourself when you give up on a project, relationship, or course of action?

I used to have a lot of fear about quitting things, and still do occasionally. But over the last two years I've pumped up my quitting-muscle to the point where I don't waste too much time before ending something if it's not working for me anymore.

Clues from the Past

There have been a couple of times when I've been asked to recall some of my most life-changing decisions. In hindsight, most of these decisions involved quitting in some way or another. For example, I had to quit my job and a steady source of income before I could throw myself into practicing intuitive readings and training to offer these professionally.

I also remember on my 17th birthday when I announced that I wanted to quit eating meat. Sure, I had some lapses after that, but within a year I made the transition to eating only vegetarian food. 10 years later I took the plunge and chose to go vegan after watching 'Earthlings' and reading up on information that would eventually be shared in the documentary 'Forks Over Knives'.

To some friends and family members, it seemed crazy and a ridiculous sacrifice to stop consuming animal products. I didn't actually feel that way about it, even though it was challenging for the first month or so. The choice was more about commitment than sacrifice. No longer eating eggs, dairy or meat meant that I was committing to certain values that are important to me, such as caring and compassion. I committed to searching for awesome vegan food, and found that there is plenty out there. I love being vegan and it's one of the best choices I've made in my life, but I had to go through the process of quitting first.

Funnily enough, the biggest thing that held me back from transitioning to a vegan lifestyle earlier was fear of social disapproval and a lack of understanding from friends, family and colleagues. I believe that most people have a strong need for acceptance and connection with others, and that a lot of the fear that comes up when tempted to quit anything comes from worrying about the social consequences of what we do.

“My teacher has invested so much time and energy into training me – how can I discontinue this course now?”

“My partner would be so upset if I told him/her that I want to break up”.

When I remember to commit to what's important to me, quitting  becomes easier and concerns about potentially disappointing other people no longer matter so much. Quitting one thing means committing to something else.

Commitment to Your Truth Now

Last month I chose to leave what I once considered would be my “dream job”. I had wanted to work in this exact type of job for about 10 years, and after a four-month recruitment process I accepted the role that was offered to me. The problem was that in 10 years my goals and desires had changed a lot. There were aspects about the job that my younger self would have loved, but that my current self had little interest in continuing. I also knew that I might have to make a choice between committing to this new job, and committing to intuitive work. I wasn't sure that I'd be able to do both in the long-term.

I had to make the commitment to honour my truth now, and thought it might also help to ask myself “How will I feel about this 10 years from now? What would the best version of me want to do?” It felt clear that my best self would not be in this “dream job” 10 or even 5 years into the future. I believed, from past experience, that if I felt this urge to quit after only a couple of weeks, and if it wasn't due to the very normal discomfort associated with growing or reaching outside my comfort zone, then that urge would likely still be there in a couple of months, and in a couple of years. Why waste time? I decided to quit and felt an immediate sense of relief and happiness.

To Quit or Not to Quit?

There's nothing wrong with considering all your choices and changing your mind about a course of action or goal when you feel that it's no longer true for you, or is unlikely to make you happy in the long run.

Over a year ago, I decided to volunteer at a retreat centre and my intention was to stay for almost three months. Soon after arriving, it became clear that this was not an experience I wanted anymore.

The tricky part was making a clear decision – should I stay like I had intended, or go in light of my current feelings? Although I loved the company of some of the people there, and it was an interesting experience, it got to the point where I could think of no reason to stay apart from worrying about what other people might think if I left. But I noticed there was still a huge fear of making the 'wrong' decision. In the end, I practiced something I learned at a fire walking seminar some months earlier – I put myself into a state of certainty.

It can work wonders to stand like you would stand if you were certain of something, and to then take action from that state. When I did this, what had previously been an agonising decision became a no-brainer, and I chose to leave the retreat a few weeks early.

Since that time, I have been asked by various people to help them make a decision that I know they could easily answer on their own if they were in a state of certainty.

Late last year I was talking to a lady who was thinking about buying a pair of glasses. She showed me the two colours that were currently in stock – a pair of glasses with grey frames, and another with red frames. She had a lot of reasons for and against each choice – the grey ones were dull, but then the red ones seemed too 'loud' … She could wear the red ones just at home, but then again what if she wanted to wear them out in public? The grey frames seemed sensible, but she found the colour depressing. This went on for a while, and she seemed frustrated about not being able to make a decision about something relatively trivial. I then asked her how she stands when she's feeling indecisive. She stood with most of her weight on one leg, she slouched a little, and she looked downwards. When asked to change her position to how she would stand if she knew what she wanted, she stood up straight, looked straight at me, with her weight evenly balanced across both feet. She then looked at the different coloured glasses and said with conviction, “I don't want either of these. I want black frames. They'll be in stock soon, so I'll wait to order those.” It sounded like it was an easy decision in the end, but not until she was in a state of certainty first.

If you ever feel stuck when weighing up all the choices you have, and making a decision about whether or not to quit something, it may help to put yourself in a state of certainty first. Some things really are worth sticking with, so it's better not to make an impulsive decision you might regret later. Ask yourself if persevering with this thing is likely to make a positive impact on your life 10 years down the track. For example, I'm glad that I didn't drop out of school and that I completed university, even though the temptation was strong to quit during stressful exam periods – I figured that the long-term gain would be worth it.

And of course don't forget to tap into your intuition – great decisions can be made quickly by following your gut feeling, as opposed to relying on logic alone. Most importantly though, after going through this process remember to commit to your truth and what really matters to you!